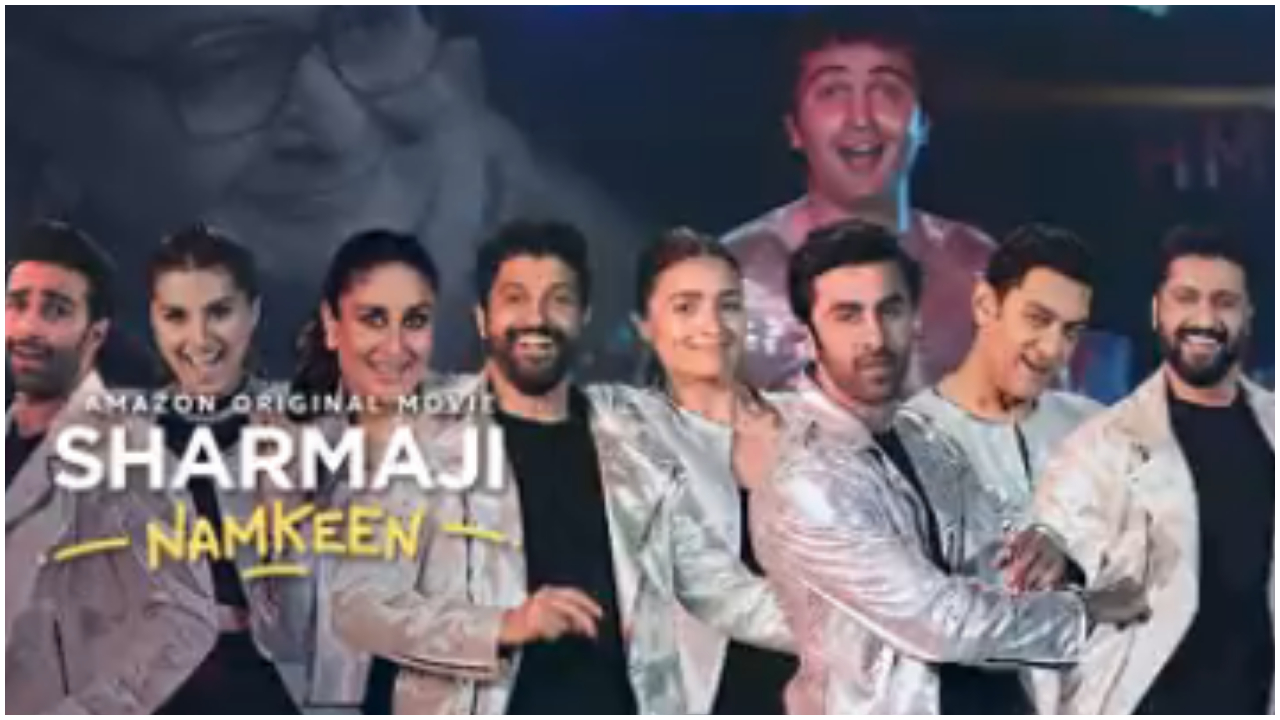 Heroes come and go but legends are forever. This phrase perfectly suits the journey of legendary actor Late Rishi Kapoor. Ahead of the release of his much-awaited swansong, Sharmaji Namkeen on Amazon Prime Video, popular celebrities from Bollywood came together in a heartwarming video to celebrate his legacy. The video sees celebrities like Aamir Khan, Kareena Kapoor, Ranbir Kapoor, Alia Bhatt, Farhan Akhtar, Vicky Kaushal, Arjun Kapoor, Siddhant Chaturvedi, Ananya Pandey, Aadar Jain and Tara Sutaria going down the retro route and dressing up like Rishi Kapoor as they shake a leg to his popular song Om Shanti Om from the blockbuster film Karz.

Seeing Rishi Kapoor and other actors dancing on this song in the video is a delightful experience as one can remember the evergreen Rishi Kapoor lighting up the screen with his charming personality at the same time smile away seeing actors from the film fraternity celebrate his stellar career and persona. With Sharmaji Namkeen all set to release tomorrow, viewers are really excited and eagerly waiting to watch the last film of Rishi Kapoor and his magic on screen.

people might not but their legacy stays forever A tribute to the legendary Mr. Rishi Kapoor Sir celebrating his scrumptious era that curtains with a story very special #SharmajiNamkeenOnPrime March 31 pic.twitter.com/pktzgBroNG