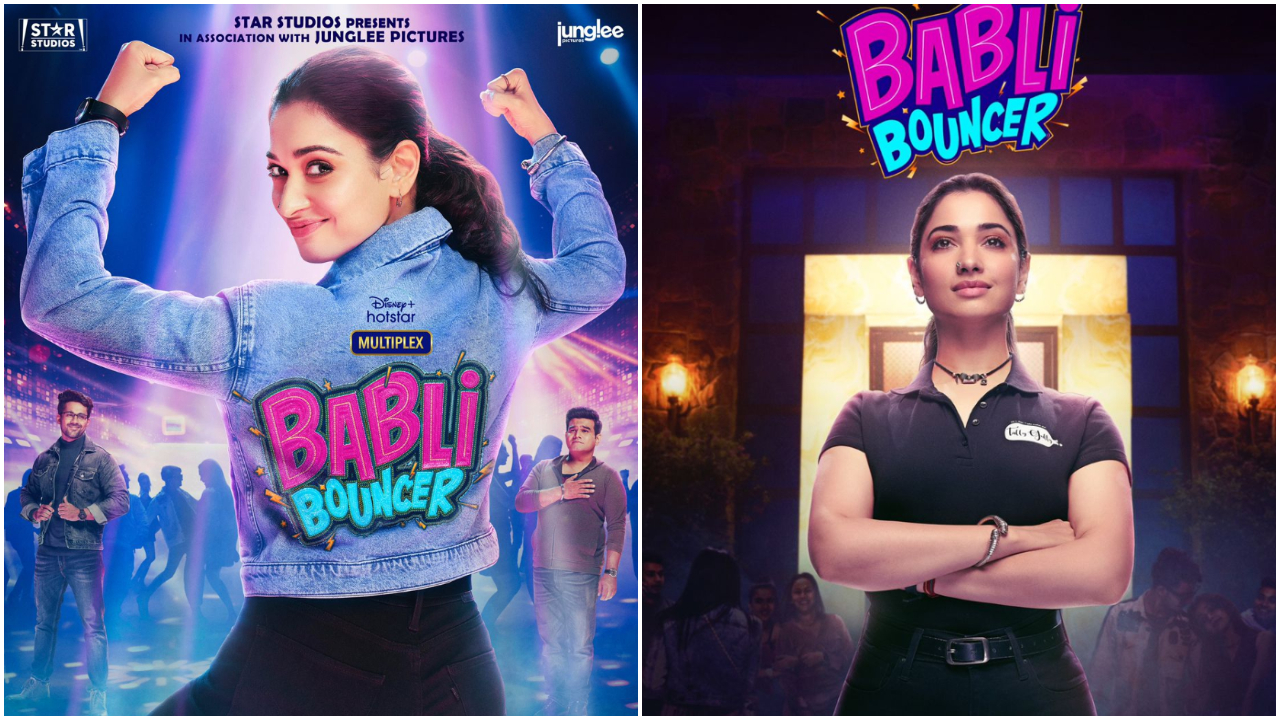 Tamannaah Bhatia's upcoming film Babli Bouncer, touted as a coming-of-age movie, is set to release on September 23. The film will be released in Hindi, Tamil and Telugu digitally on Disney+ Hotstar.

The actress took to Instagram, where she also shared the first look of her from the film. In one image, Tamannaah is seen in a bouncer avatar as she is wearing an all black outfit and standing in front of a door with her arms criss-crossed. "Oye bawale suna kya? Aa gaya hai Babli Bouncer ka time! Dilon ko yeh jodegi, ya khub hadiyaan todegi? Pata chalega jald hi!" she wrote as the caption.

RECOMMENDED READ: PeepingMoon Exclusive: After Chandigarh Kare Aashiqui, I turned down many roles but when Babli Bouncer came along, I said yes immediately - Abhishek Bajaj on working with Tamannaah Bhatia

Produced by Star Studios and Junglee Pictures, Babli Bouncer is directed by Madhur Bhandarkar and stars Tamannaah Bhatia in the lead along with Saurabh Shukla, Abhishek Bajaj and Sahil Vaid in pivotal roles.