Advertisement
HomeWEBCASTKoffee With Karan 7: Vicky Kaushal recalls events from his close-knit wedding with Katrina Kaif, reveals 'friends read hilarious memes and tweets for us to have a good laugh'

Koffee With Karan 7: Vicky Kaushal recalls events from his close-knit wedding with Katrina Kaif, reveals 'friends read hilarious memes and tweets for us to have a good laugh' 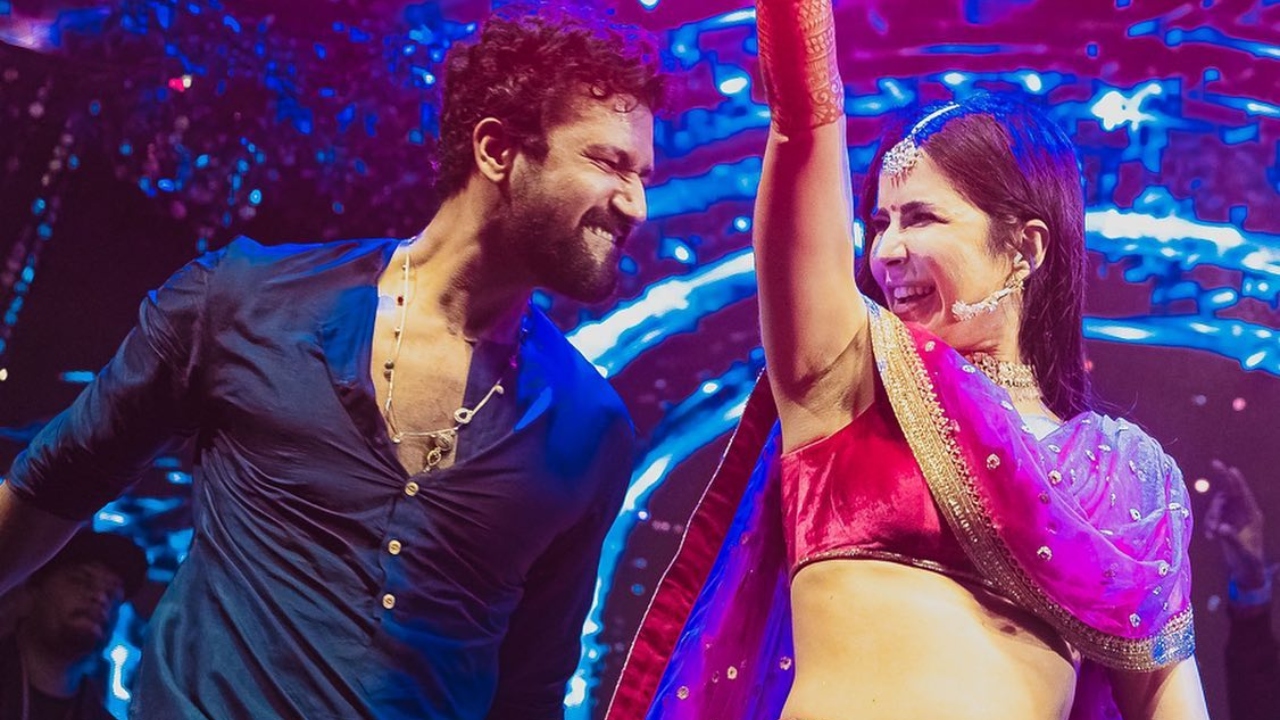 Koffee With Karan Season 7 on Disney+ Hotstar has seen numerous celeb weddings behind-the-scenes be shared on the couch. In its seventh episode, the conversations around marriages get taken even further as the newly minted groom Vicky Kaushal and accomplished actor and heartthrob Sidharth Malhotra take the couch. The dynamic duo enchant with their charisma, love lives and manifestations that leave you a little drunk on the Sid-Vicky cocktail!

The Koffee With Karan couch is known for many things, but the primary among them is its power to make manifestations come true. For Vicky Kaushal and Katrina Kaif, it could not have been any truer, as the show’s iconic host, Karan Johar, aptly summarises. “Maine aap ke prem kahani ke liye pura credit le liya!” A beaming Vicky Kaushal couldn’t agree more.

“My moment on this couch last season was my way of knowing that she (Katrina Kaif) even knew I existed,” the star revealed. He later also revealed how the duo met at Zoya Akhtar's place for the first time in their life after manifesting on the couch. Recalling events from the wedding, the star also shared how amidst the fanfare of their dream-like wedding, memes and funny tweets that were widely shared did not escape his attention. From drones being used for security to Vicky Kaushal making a helicopter entry. The bizarreness of this random news and even that of ‘drones being shot down’ at the wedding only motivated the groom to say one thing.

“While all these random news were making the rounds, I was just there with the pandit ji saying, jaldi nipta dena please. Ek ghante se jyada nahi,” the star admitted. But this did not stop him from taking a break with bizarre memes and tweets! “Every day during the wedding, these funny memes, tweets and messages would be shared on the internet and we were aware. We had my friends who read them out for us to have a good laugh. We used to have a blast finding them,” the star shared.

Hotstar Specials Koffee with Karan Season 7 streams exclusively on Disney+ Hotstar, with new games, including the all-time favourite rapid fire - bringing fans closer to their favourite stars. Stream Hotstar Specials’ Koffee with Karan Season 7 (before they turn into headlines) every Thursday 12 am exclusively on Disney+ Hotstar