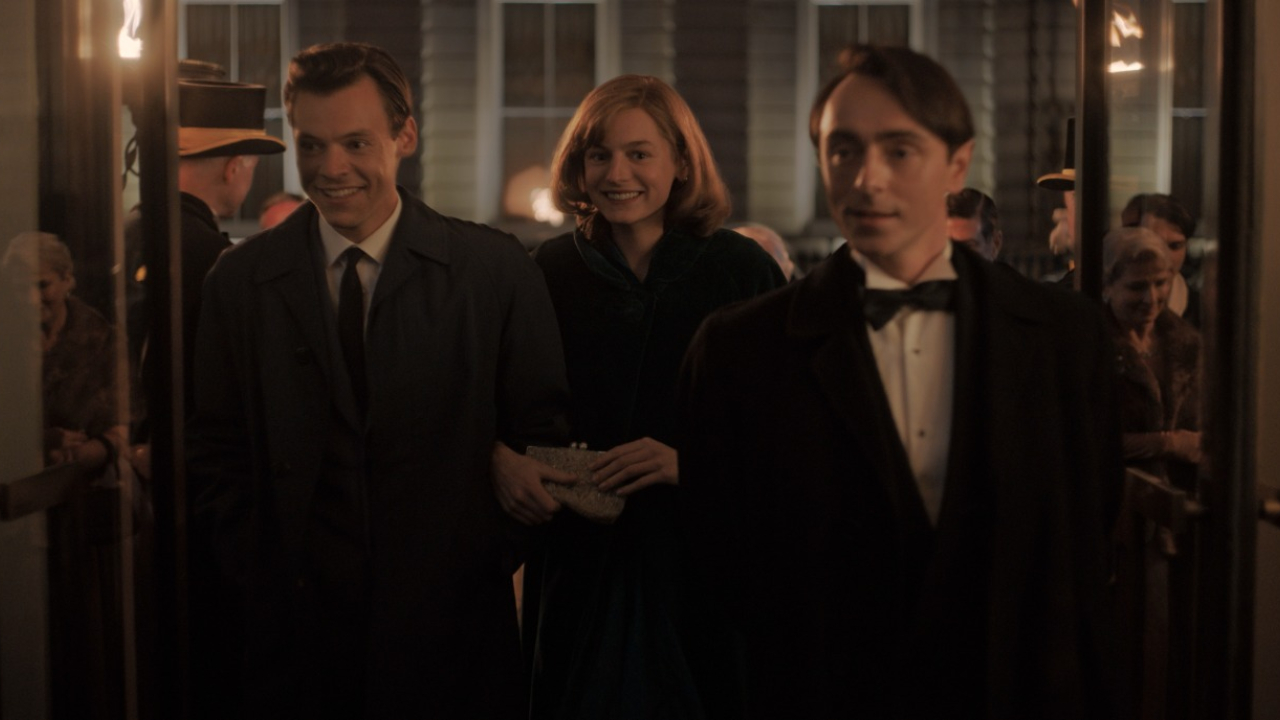 Tom (Harry Styles) plays a closeted policeman who finds himself in a forbidden relationship with museum curator Patrick (David Dawson) even though he is married to Marion (played by Emma Corrin).

This love is all-consuming. Harry Styles, Emma Corrin, and David Dawson star in My Policeman, coming to select theaters on October 21 and Prime Video on November 4.pic.twitter.com/wpDHilIRZP

Flashing forward to the 1990s, Tom (Linus Roache), Marion (Gina McKee), and Patrick (Rupert Everett) are still reeling with longing and regret, but now they have one last chance to repair the damage of the past. Based on the book by Bethan Roberts, director Michael Grandage carves a visually transporting, heart-stopping portrait of three people caught up in the shifting tides of history, liberty, and forgiveness.

My Policeman is based on the book by Bethan Roberts and is written by Ron Nyswaner while Michael Grandage has directed. My Policeman will open in theatres on October 21, 2022 and globally on Amazon Prime Video on November 4, 2022.