A disheartened Tarun Naik Raikar (Honey Kamboj) incessantly calls his cousin Etasha (Parul Gulati) before he commits suicide by jumping off from the edge of a cliff, eventually blaming his family for the extreme step. Soon, SP John Pereira (Neil Bhoopalam) enters the scene and declares that Tarun’s death isn’t a suicide but a murder. However, he says that without much proof but his immediate verdict following the untimely death of the youngest member of the Naik Raikars, which is Goa’s leading business family, sets everyone into a tailspin as all the family members become suspects. 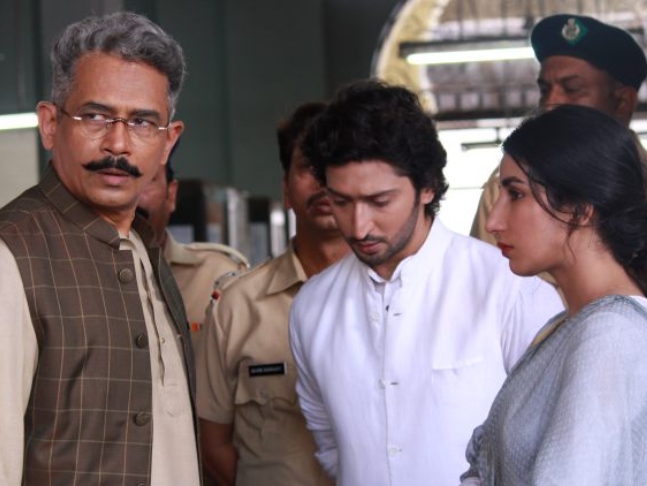 However, with every single minute, you keep wondering if it was really a murder or is someone trying to frame the family. Thousand questions pop up as you watch the Aditya Sarpotdar’s whodunnit. Well, that’s because of the powerful writing by Bijesh Jayarajan and Anaitha Nair that they entangle you in mystery with every single scene. Ashvini Bhave, Kunal Karan Kapoor, Reena Wadhwa and Lalit Prabhakar are all suspected murderers and each episode reveals their probable motives. However, the show adapts a linear trajectory and rules out every suspect with each passing episode but by giving each episode a cliffhanger ending that the audience cannot help but watch the next one.

Nonetheless, the show is mainly based on how your own family can end up being your worst enemy and the purest form of love can fade out due to thirst for politics and power. Not to miss, the wealthy clan, led by patriarch Yashwant (Atul Kulkarni) and his wife Sakshi (Ashvini Bhave), starts falling apart after Tarun’s death as they all have secrets to hide from their own kith and kin. In fact, it is rather surprising to witness each member’s filth pops its head out that each viewer will end up questioning ethics in business, politics and family life. While they all pretend to be one big happy family at first, the show leads you to believe that what is on the surface, is not always true.

The dichotomy between the old guard and the new generation, the leaders and the followers is clearly shown. And the suspense is subtlety followed till the end. What we like the most is that with each step, the show changes its course and uncovers yet another dirty secret of The influential Raikar Family Coming to the performances, the show’s cast is compelling and Atul does what he does best - act with finesse. After two decades, veteran actress Ashvini makes a comeback with the show and known for her stellar performances in films like Heena, Sainik and Bandhan, her experience shows in each scene and she lets her eyes do all the talking and how. Neil plays the non-corrupt cop and he acts his part with both vigour and vulnerability. With other strong performances, Parul is the only family member in the show who is focussed on finding the truth, no matter what. Her character is layered but she’s the one who gives voice to the viewers’ doubts in this web of truth and lies.

The Raikar Case is being streamed on Voot Select.