'Axone' Review: Sayani Gupta’s and Lin Laishram’s film brings the truth behind discrimination faced by North East Indians in their own county

Not many times the Hindi film industry makes a film on racism and discrimination faced by Northeast Indians. However, Nicholas Kharkongor has finally taken a step forward and made Axone that raises too many questions with very few answers to offer. Starring Sayani Gupta, Lin Laishram and Vinay Pathak, Axone is Nicholas's refreshing comedy-of-errors that tells the story of a group of Northeastern students who face problems at every step in a racist neighborhood. Set in Delhi, the film is about a group of friends from Northeast India and their adventures of preparing a pungent delicacy for a wedding party, sparking conflict, and comedy with their unaccustomed neighbours. While tackling a subject seldom portrayed in mainstream Indian cinema, the film is essentially about the camaraderie amongst this group and their deep, meaningful friendship.

Axone derives its name from a special dish from Nagaland that is made of pork and has a pungent smell. That's the dish Upsana (Sayani Gupta) and Chanbi (Lin Laishram) want to prepare for their friend's wedding. The only problem is that they have super hyper landlords (Dolly Ahluwalia), her husband (Vinay Pathak), and all of their neighborhood is nosy and feels a house should not be given on rent to Northeastern people as 'they all look the same'. The story is about the hassle a Northeastern has to go through who is living away from home as racist words like 'chinki', 'momo', 'Chinese' become common to hear. 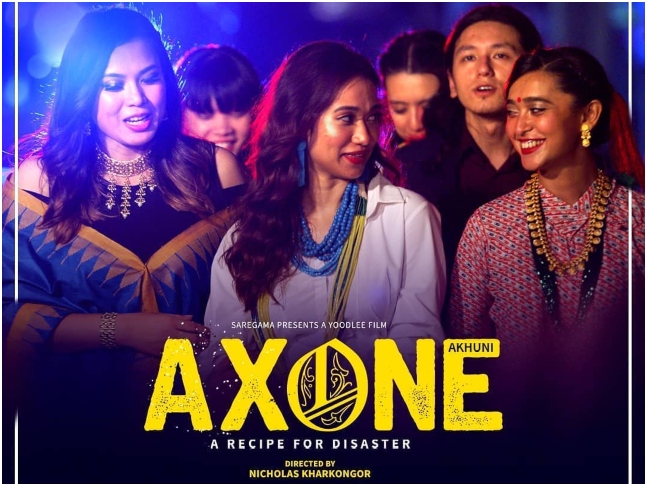 While the film exposes a sub-culture that is often ignored, at its core, Axone is about friendship. But some parts seem dragged and slow. Nicholas tried his best to add teaspoons of comedy, satire, thriller, food, friendship and romance, all in this slice-of-life film, making it a bit cluttered. The film, that begins on a great note, loses its essence and main component, in bits and pieces. Overall, Axone does pass on the required message of racism and discrimination, albeit rather slowly.

The cast could not have been better. As proven several times in her impressive career, Sayani Gupta can smoothly slip into the skin of a character with any background and Axone is another add on. However, in some scenes, she loses the touch of her accent. Lin Laishram is natural and fits in perfectly. Dolly Ahluwalia and Vinay Pathak play cranky North Indians they have played in the past and deliver an impeccable performance. Shoutout to casting directors Sanjeev Maurya and Dilip Shankar for finalizing a talented pool of Northeastern actors who make the world of Axone even more real from what it already is; courtesy Kharkongor's vision, direction, and cinematographer Parasher Barua's lensing. The only actor who plays a Northeastern migrant but is not one in real life is Sayani but she pulls it off, easily. Music by Tajdar Junaid is soothing and hits the correct tunes.

Axone makes you acknowledge your privilege and takes you through the struggles faced by people from Northeast, even today in their own country - India. 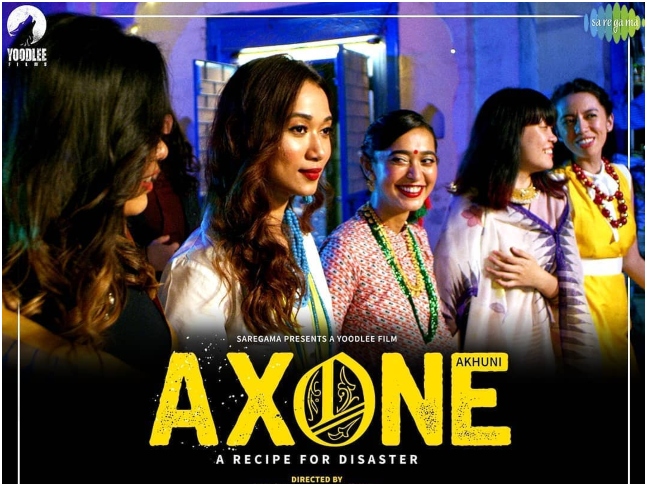