After Lust Stories and Ghost Stories, Netflix is back with its new anthology Home Stories. However, the film has released on the OTT platforms's YouTube channel, free of cost, making it accessible for one and all. The 45-minute film is based on 4 super relatable lockdown stories - Out With It (Drama) starring Arjun Mathur, Will You Be My Quarantine (Comedy) starring Saba Azad-Imaad Shah, Delivering Smiles (Drama) starring Tanmay Dhanania and Web Ne Bana Di Jodi (Comedy) starring Veer Rajwant Singh-Apoorva Arora.

Home Stories will melt your heart with its super cute stories amid lockdown, all thanks to the dedicated creative team’s way of telling you that this extended lockdown shouldn’t curb your creativity. The directors, writers, and actors have come out with ingenious ways to shoot the film, without breaking the social distancing rules and that's quite visible. Netflix's attempt at spreading positivity may feel dragged at first but trust it to instill optimism within you by the end.

Directed by Sahirr Sethhi, the first segment of Home Stories is a story based on anxiety by Kaivalya Kulkarni. It is about a young man Angad (Arjun Mathur) who is dealing with anxiety issues with a hint of agoraphobia. Scared of stepping out of his apartment, Angad holds his breath each time he has to open his flat door to take in deliveries. But the interesting short film ends with a twist which might not be extraordinary or unexpected but is hilarious in its own way. Arjun's performance as a disturbed youngster is commendable, and a special mention to his expressions and dialogue delivery. 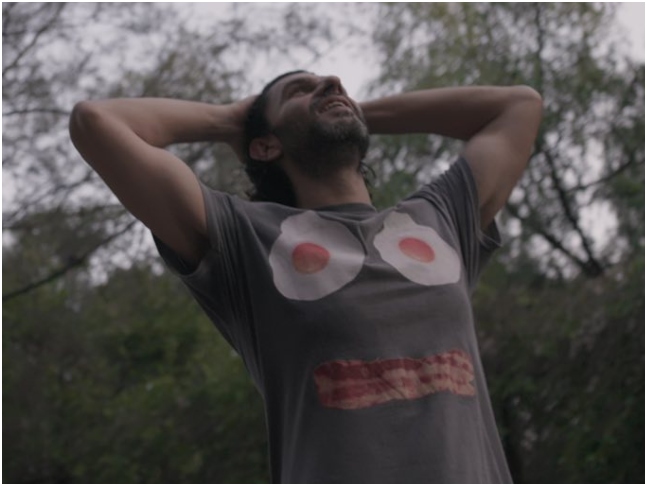 Will You Be My Quarantine?

Will You Be My Quarantine? is directed by Anubhuti Kashyap and written by Shiv Nair and Rajat Mehtani. The second story is based on two crazy youngsters Rehaan (Imaad Shah) and Vaishnavi (Saba Azad). The duo's one night stand turns into a 3-week live-in as the Government announces a nationwide lockdown. This sweet story deserves a watch for its simple yet relatable tale of new age dating. However, Will You Be My Quarantine? has a predictable plotline, thanks to cliched Bollywood stories we have all watched while growing up. But due credit to the Imaad and Vaishnavi for making it engaging. Their performance is to the point and chemistry is natural. The short film also has a super special cameo by Little Things duo Mithila Palkar and Dhruv Sehgal; don't miss them! 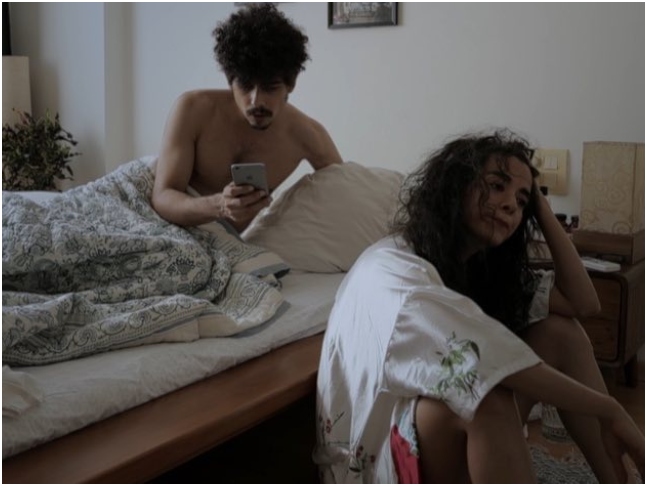 Directed by Tanvi Gandhi and written by Adhiraj Singh and Pulkit Arora, Delivering Smiles is the best of all 4 stories as it shows the truth and pain behind the life of delivery boys during the lockdown situation. Tanmay Dhanania plays Prakash, a delivery boy who delivers packages as well as smiles, during the lockdown. He is obsessed with vlogging his tasks, and his upbeat nature is to die for. Unfortunately, some of his customers don't treat him that well. Some are either scared to indulge because of the virus scare, some don’t bother to see him deliver the smiles. Tanmay's performance is impeccable and couldn't have been better. For a while, you forget that you're watching something scripted. It feels like a real Vlog. 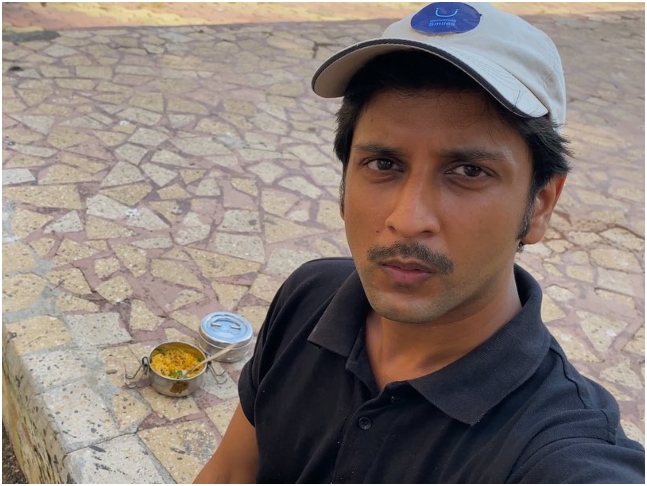 Web Ne Bana Di Jodi is directed by Ashwin Laxmi Narayan and written by Vishal Dayama and Punnet Chaddha. This segment is the typical Bollywood family story of Home Stories, for it is about a wedding and features web stars Apoorva Arora and Veer Rajwant Singh. Jia Singhania (Apoorva) plays a young girl who is marrying her sweetheart Ashu Malhotra (Veer) during the lockdown, even though her family, away from her, is not very happy with it. While the rest of the clan uses group video conferencing to carry out her sangeet and other functions, Jia's father (Rakesh Bedi) isn’t very satisfied with this unconventional wedding. This segment is clearly inspired by real-life video-calling weddings that have been taking place all over the world. The short film begins on an upbeat note but unfortunately fails to justify the urgency of the marriage even when the groom and the bride are not together. Having said that, Web Ne Bana Di Jodi is heartwarming because it makes you realize the importance of your family and loved ones. The team has to be appreciated for pulling off this segment with a large number of actors involved. Kudos to the cast for their lovely performance, especially Rakesh and Apoorva. 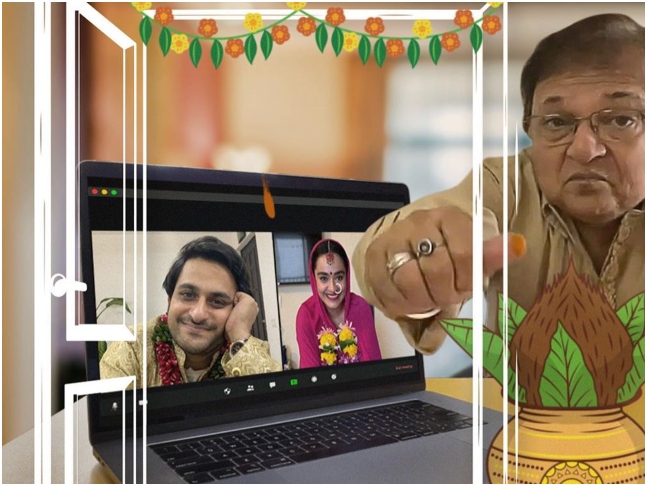 So, go watch and binge watch Home Stories, from the vicinity of your homes!