Advertisement
HomeWEBCASTWebcast Reviews'Aarya' Review: Sushmita Sen hits the ball out of the park with her 'sherni' act as a strong matriarch in a taut crime-thriller

'Aarya' Review: Sushmita Sen hits the ball out of the park with her 'sherni' act as a strong matriarch in a taut crime-thriller

After a 10-year-long sabbatical, Sushmita Sen finally made her much-awaited comeback and web debut with Hotstar Specials’ series Aarya. Directed by Ram Madhvani of Neerja fame, Sandeep Modi and Vinod Rawat, the Hindi adaptation of the Dutch crime thriller Penoza is streaming from June 19. 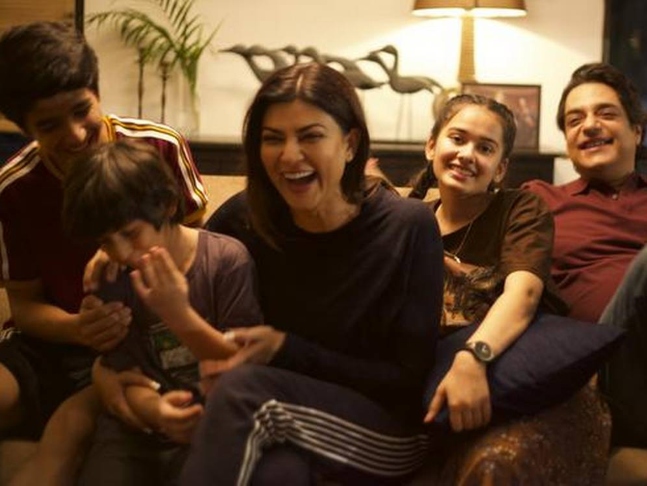 An embodiment of strength and grace, Aarya manages the household and family well, making sure her children aren’t rubbed off by their father’s business in the wrong way. Aarya is the eldest daughter of her parents and her siblings dote on her. Her younger brother Sangram (Ankur Bhatia) is a partner in Tej’s business along with Jawahar (Namit Das). Greedy for money and more power, Sangram robs Tej’s rival Shekhatvat of heroin worth Rs.300 crores. This irks Tej who is firm on returning the consignment back to avoid troubles. However, before any action is taken, Tej is shot dead by an anonymous person. Aarya, to seek revenge for the murder of her husband and for the protection of her family, takes over his illegal business as the new boss. Becoming the matriarch of the vast criminal empire, Aarya aims at decoding the deeply etched dark secret that lays the foundation of the web series. Ram Madhvani, after delivering a gut-wrenching and taut Neerja, is back at directing a riveting tale of family relationships tied tightly with a crime thriller plot. An old-school filmmaker who is fond of early Bollywood romantic songs that carry deep meanings, Ram utilizes a certain flavour of the numbers well that blend perfectly with the narrative. His vision is clear while directing it with two others- Sandeep Modi and Vinod Rawat. He gives his Aarya a relatable touch. Anirban Borthakur does a commendable job with the sound design. 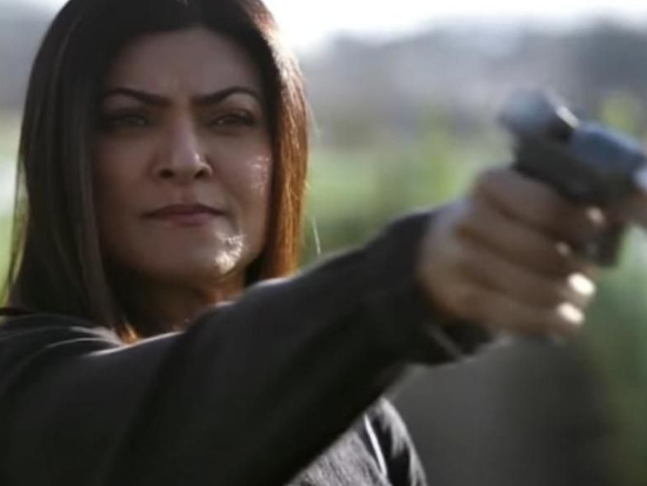 Sushmita Sen, where were you this long? The actress, like her personal life, brings in poise, power, grace, elegance and brilliance in every scene. Living up to the meaning of the title- Aarya, Sushmita channels her inner Goddess Durga and takes charge of her family as a strong matriarch on facing a major setback. Her emotions feel real and her child-like happiness in a particular scene leaves you speechless. Despite a 10-year-long sabbatical, Sushmita’s charm is intact. Nobody better than Sushmita could be the heart, soul and energy of a layered character like Aarya. Sherni, onscreen and off-screen, isn't she?!

Chandrachur Singh is likable in his role as Tej Sareen, who loves his children and wife beyond anything else. His smile has a certain bliss that was missed on screen for a very long time. Despite brief screen-time, he pulls off a great and engaging show. Namit Das as Jawahar is a delight to watch! Ankur Bhatia, Sikandar Kher, Vikas Kumar and Manish Chaudhary maintain a stronghold in their respective parts. 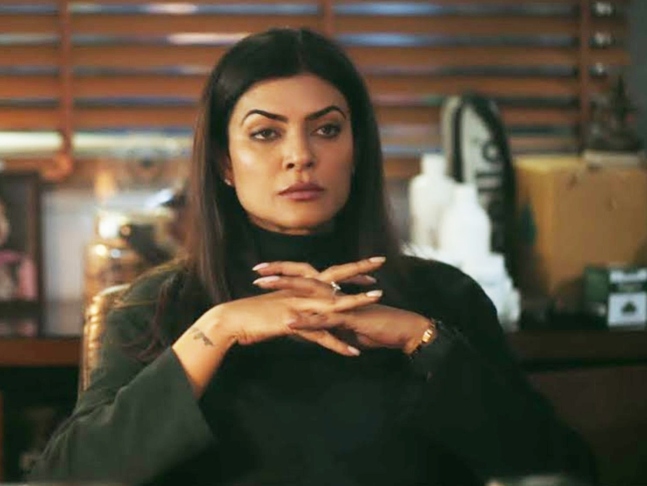 While Aarya is an engaging and thrilling watch, the duration of each episode is a little too much. With each episode of nearly 50 minutes, certain sequences seem unnecessary. Editors Khushboo Agarwal Raj and Abhimanyu Chaudhary could have chopped a few bits to maintain the momentum and pace of a thriller, which drops at certain points.

Aarya is out-and-out a Sushmita show, especially for her sherni avatar, and she couldn’t have gotten a better web debut that this thriller. An engaging, thriller and grippy watch, and without no spoilers entailed, it's a safe bet to say, the show is what it promises to be, yet a few tweaks could have made it near perfect!