Advertisement
HomeWEBCASTWebcast ReviewsClass of ’83 Review: Bobby Deol rises above himself in this gritty record of the Dirty Harrys of the Bombay Police

Class of ’83 Review: Bobby Deol rises above himself in this gritty record of the Dirty Harrys of the Bombay Police

I’ve read The Class of 83, a sort of biographical crime thriller by ace investigative crime writer S. Hussain Zaidi on Encounter Specialists Pradeep Sharma (mainly) and Vijay Salaskar of the Mumbai Police. Bobby Deol’s gritty cop-gangster drama by Netflix is nothing like it. Though writer Abhijeet Deshpande is credited with basing his Class of ’83 on Zaidi’s book. There’s some confusion here. And it shows in the film.
Zaidi is my friend, the period when this film is based was when I was cutting my teeth in journalism by starting out as a crime reporter, so I know what I am talking about. The book is a gripping account of a class of Sub-Inspectors of Nashik’s Police Training School in 1983 who became the trigger-happy Dirty Harrys of the Bombay Police and broke the underworld’s spine. The Police Commissioner then was the doughty Julio Ribeiro under whom the first encounter took place.

That batch, besides Sharma and Salaskar, included Praful Bhosale, Aslam Momin and Ranvindra Angre, all veteran crime busters envied and also hated in the force, feared by gangsters, hero-worshipped by the media. And the principal of the PTC was the legendary Arvind Inamdar who retired as Director General of Police in Maharashtra after a bitter clash of wills with the government in early 2000. Bobby Deol, who plays the dean of the PTC in the film, delivers the strong-silent-type of performance, his presence is powerful, his intense emotions vary between tears and grinding the teeth, he is very good. But if the makers want to know, Inamdar was not like that at all, I knew him closely till he died of cancer last year. 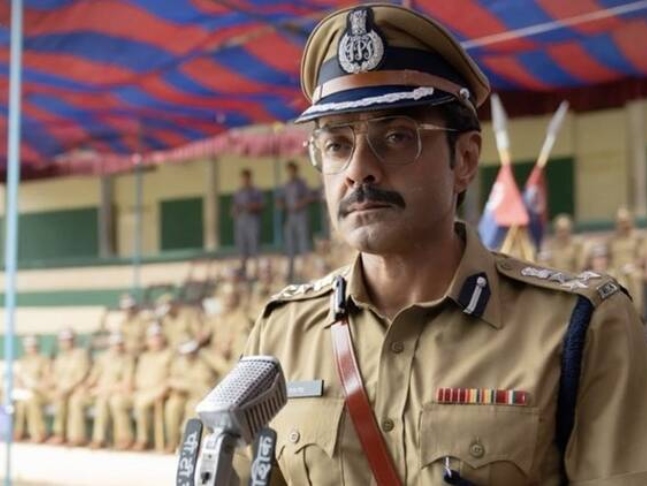 Keeping this aside, the film is an exciting crime entertainer. It tells the story of an honest cop demoted to the PTC who trains five wild recruits to become Encounter Specialists in a revenge plot against the corrupt police system and underworld. His plan comes back to bite him later. His lessons are not out of the book. He tells his students they are antibodies that will fight the illness in the system; the government and judicial bodies have an immunity, nothing affects them.

The story is a triangular fight between the police, politicians and gangsters. It’s an old story that is still played out. But those were early days. And it’s pleasing to see the attention to detail that has gone into showing Bombay in 1983. Like in posters of films released that year – Naastik, Hero and Justice Chaudhry, vintage Yezdi motorcycles and Contessa cars, the Sunday Review newspaper, the exploitation of out-of-work mill workers, the city a tinderbox waiting to explode, the old Willys jeeps and Ambassador cars with orange beacons used by the police.

But policemen never wear their hair long except in Bollywood, and safari suited cops with carbines on protection duty of politicians started much later on, after General Arun Vaidya was assassinated in 1986 in fact, and these old Encounter Specialists only fired from revolvers – they never used 9mm automatics because these handguns were not available to the force earlier on and were later found to jam during action. These inconsistencies only an old crime newshound will pick, other viewers won’t even notice them. 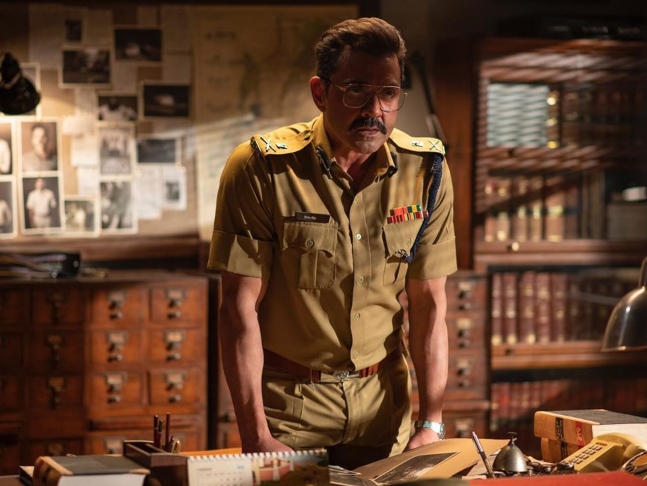 The plot gets a little skewered when the Encounter cops accuse one another of being on the payrolls of the very gangsters and politicians they are supposed to take down. They split up and go rogue. One of them gets murdered. And the dean of the PTC is transferred back to the Bombay Police and ordered to clean up the mess he started. Which is what he was waiting for because he has a long festering grievance against the system and revenge is a dish best served cold. Class of ’83 then gets typically Hindi filmi and ends in a blazing gun battle on high seas.

I struggled to match the actors with the real cops but could not come up with even those supposed to be Pradeep Sharma and Vijay Salaskar in the film. Maybe Atul Sabharwal meant his Class of ’83 to be that way and the title is just a reference to Zaidi’s bestselling book. It’s good to see Bobby Deal getting a gritty role he can sink his teeth into after playing the fool and the second fiddle in most of his last films. This is his 25th year in the industry. Good for him.

Mai Review: Sakshi Tanwar impresses with her brave performance but the crime-thriller loses its tenacity

Bloody Brothers Review: Jaideep Ahlawat and Mohammed Zeeshan Ayyub's series spins a web of lies, deceit & betrayal that you will keep you entertained till the end