Advertisement
HomeWEBCASTWebcast ReviewsInside Out Review: Vir Das' impromptu comedy will put a smile on your face in his new lockdown crowd-work special

Inside Out Review: Vir Das' impromptu comedy will put a smile on your face in his new lockdown crowd-work special

Comedy Special: Inside Out

COVID-19 hit the world hard! The pandemic changed almost everything, except one thing - Comedian Vir Das' savage humour. Even when people were wanting to step out of their homes, Vir sat in and made sure to make every minute of it productive, with a special cause, of course. And while some people turned homegrown chefs and photographers, Vir did the only thing he knows - make people laugh with his unique unscripted homegrown comedy special Inside Out created from his 30 virtual shows amid the lockdown.

Between March and June, the actor-comedian did close to 30 shows for which his fans from across the globe bought tickets. The proceeds from each show were directed to different charity organisations. Then in a new move, Vir collated excerpts and behind the scenes from these very shows and created a comedy special titled - Inside Out, which is the first-of-its-kind lockdown crowd work show that is completely unscripted. This makes him the first Indian comedian to shoot a comedy special during the lockdown. The special is a conversational series and it was an impromptu comedy that rose from the chats he had with the audiences during his virtual shows. 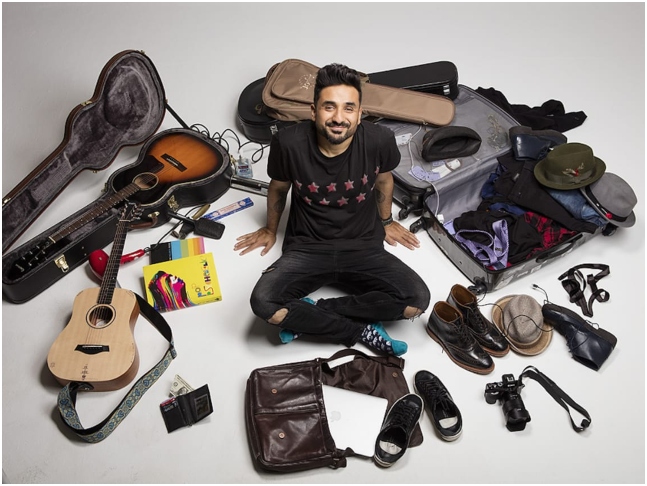 Recommended Read: Vir Das presents a unique unscripted homegrown comedy special 'Inside Out' created from his 30 virtual shows amid the lockdown; trailer out now

The 52-minute-long comedy special Inside Out is full of fun, laughter and love. It will fill your heart with happiness. Vir's comedy, even when impromptu, is kickass and there won't be a single minute that will go without you laughing. The crowd-work comedy special puts our somewhat jeopardised existence into a comedic perspective. And what better reason than to do it to raise money for charity? Vir made sure to not only make everyone's day super cheerful with his shows but also have a cause attached to it. With the money raised from his virtual shows, Vir made donations towards NGOs working towards COVID Relief.

Watch Inside Out if you want to have a really happy and pleasant day!