Taish hai dhadkan, Taish junoon hai, Taish ragon mai bana lahun hai. Quite the premise of Bejoy Nambiar's film turned series Taish, ZEE5's latest offering. The film is about men, their rage, and how it brings about the end of all that is good. Sometimes these men live with their rage for years, letting it simmer and destroy their hearts and sometimes, it comes gushing out at the slightest provocation. The revenge-drama stars Harshavandhan Rane, Jim Sarbh, Pulkit Samrat, Kriti Kharbanda and Sanjeeda Shaikh. Taish was supposed to be a feature film but has also been released as a six-part web series. The series version is supposed to have longer scenes and more context. The film revolves around two friends whose lives change forever when a past secret comes to the fore and sets off a chain of violent incidents.

The film opens with Sunny Lalwani (Pulkti Samrat) breaking a man’s skull in the toilet with a dislodged washbasin. Nothing is known about the two men at this point except that one is filled with a rage so intense, there is very little that could justify it. The story goes back a week in time to an NRI family’s stately home in England. There is a wedding underway. Rohan (Jim Sarbh) has come home for the wedding of his younger brother, played by Ankur Rathee. Rohan’s childhood best friend is Sunny gets a Bollywood hero’s entry while his Pakistani girlfriend Arafa (Kriti Kharbanda) gets a villain’s welcome by his ‘orthodox’ Hindu family. 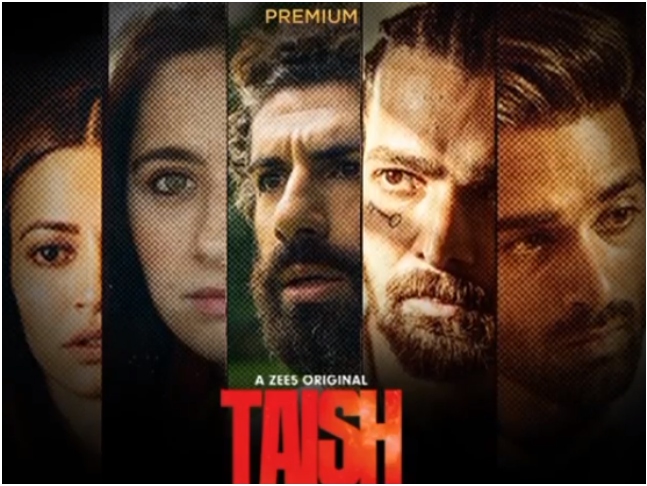 There is another family of murderers and criminals in the fray here and their issues are far more serious. Pali (Harshvardhan) is heartbroken as his girlfriend Jahaan (Sanjeeda Sheikh) has been married to his older brother. The lovers are separated but the rage of betrayal from his own brother Kuljeet (Abhimanyu Singh) still burns in Pali. However, when Sunny almost kills his brother in the toilet, Pali channels the rage into seeking revenge. Entire families are destroyed in a matter of days, all due to men and their unbridled anger.

The parallel storylines make the film nothing but boring. Taish has too much rage but no strong story to back it up. In fact, there are parts in the film that feel similar to standard revenge-dramas that have been previously made in Bollywood. Taish attempts to create a certain sense of gloom around the dark storyline but fails miserably. It is overflowed with characters that it becomes hard to register the twists and turns. The film did not try to venture beyond what is obvious. It would not be wrong to call Taish a half-baked crime-thriller that failed to impress. 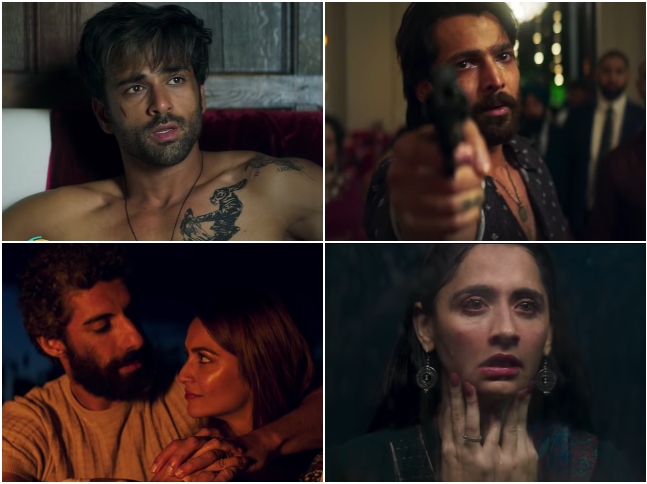 However, credit has to be given to the performances, the only saving grace of a story so predictable. The actors try their best to make Taish a star-driven vehicle. Jim as Rohan anchors the dwindling film. He adds the act in acting and makes the film bearable with his bottled-up rage and waging a battle against childhood trauma. Harshvardhan as Pali gets into the skin of his character smoothly. He is able to turn his rage into a mood conscientiously in the film. As a goon from the bylanes of Southall, his Punjabi descent accent is applaud-worthy, far from the parody of Bollywood-Punjabi tone in our films. His punches, like his performance, land on right spots. Pulkit as Sunny is decent but the inconsistent writing and thread-bare fledged role fail him. It's only the action part that works for him. Kriti is the right fit for Arafa. In her limited screen time, her expressive dialogue delivery manages to stay with the audience. Sanjeeda as Jahaan keeps the interest alive, as much as possible. The supporting cast including Saurabh Sachdeva, Abhimanyu Singh, Saloni Batra, Zoa Morani and Ankur Rathee offer brief yet decent performances. 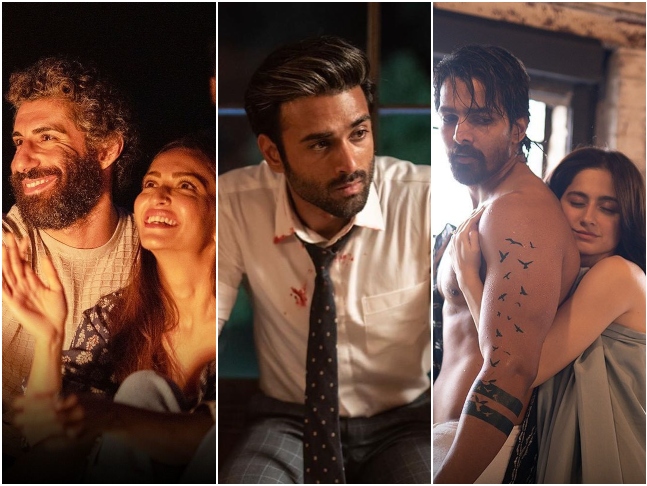 Bejoy Nambiar's direction seems questionable at some points in the film. The writing by Kartik R. Iyer, Anjali Nair, Bejoy Nambiar and Gunjit Chopra drags it down furthermore. What works the most for Taish is its beautiful cinematography by Harashvir Oberoi and crisp editing by Priyank Prem Kumar. The background score and music by Gaurav Godkhindi and Govind Vasanthamatch the tone of the film.

What makes one angry is, Taish is coming from the stable of Bejoy, who in the past has belted some amazing work with Shaitaan, David and Wazir. You can skip Taish for a list of better-made stories this weekend!