Industry follows a group of hungry, young graduates competing for a limited number of permanent positions in a financial investment firm called Pierpoint & Co. The series deftly conjures up the high-energy office and creates an aura of greatness with the intoxicating mixture of personal stress and colleagues’ anxiety that depicts the illusion of the corporate world, making one feel that if we push a little bit further we will be able to be more successful than those around us. It’s that addictive self-destructive loop that HBO’s Industry tries to depict.

From first time creators Mickey Down and Konrad Kay, Industry gives an insider’s view of the high-stakes financial realm through the eyes of an outsider, Harper Stern (Myha’la Herrold), a talented young woman from upstate New York who wants to belong to a world closed to outsiders. However, the catch here is that Harper is not what she seems to be. She is a mixed race American woman whose college credentials seem sketchy and relies on elaborate lies. Her fellow young grads are fuelled by raw ambition, youth, romance and drugs as they aim to impress mentors and bosses. 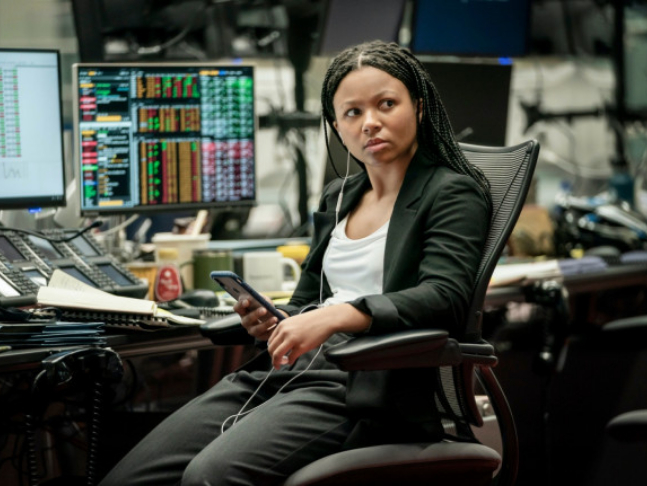 The hunger for each of Industry’s characters is varied and obvious. For the affluent Yasmin (Marisa Abela), getting a full-time position is proving her worth of coming from a wealthy family and come out of the shadow of her over-bearing mother. For Gus (David Jonsson), it is a validation of being accepted beyond his colour and sexual preference. For British, middle class Robert (Harry Lawtey) it is a plain belief that he belongs and deserves this job and for Hari (Nabhaan Rizwan) who begins the series living at his desk and popping pills to stay awake is a sign that things are going to fall apart at his end.

In the office, the newbies experience sexism, racism, homophobic environment, relentless backstabbing, double-dealing and toxic work culture. Outside the office there is a series of meaningless sex and hook-ups that seems to show that millennials let off steam indulging in casual sex and drinking themselves unconscious. As you try to root for these hustlers their actions are so convoluted and gross that you almost feel vindicated when they fall. It is difficult to feel sympathetic towards them or feel sorry for their predicament in the series. Their inflated egos and myriad lies makes you feel detached from the characters and there lies the bane of Industry. 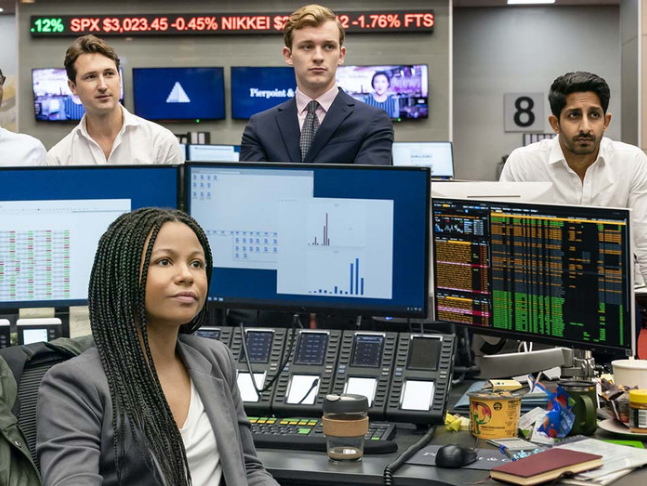 There is ample amount if mumbo-jumbo and financial jargon thrown at the viewers that does nothing to accentuate the series, it only makes the audience feel more alienated. Industry has a strong supportive cast of established actors in marginal roles like Sarah Parrish and Andrew Buchan which makes you crave for their return on screen. Leung has a meatier part as a well-meaning yet flawed mentor who gets to give several monologues.

If the creators get to embark on a little more depth and depict a more humane world, maybe the series might seem more watchable and give the context some meaning. Depicting the cut-throat world of corporate with colleagues having questionable morals is definitely not something that will make you feel good about the world.  Industry will air on Disney+Hotstar premium as well.