Basu, right from the first frame, gives Ludo a non-glamorous touch. The story revolves around an underworld don named Sattu Bhaiya (Pankaj Tripathi). His adda is located outside the city so that the police can’t harm him legally. He has murdered a businessman. Given the fact that he is an influential man, Dr. Akash Chauhan (Aditya Roy Kapur) seeks his help to get his viral sex video deleted from the internet. 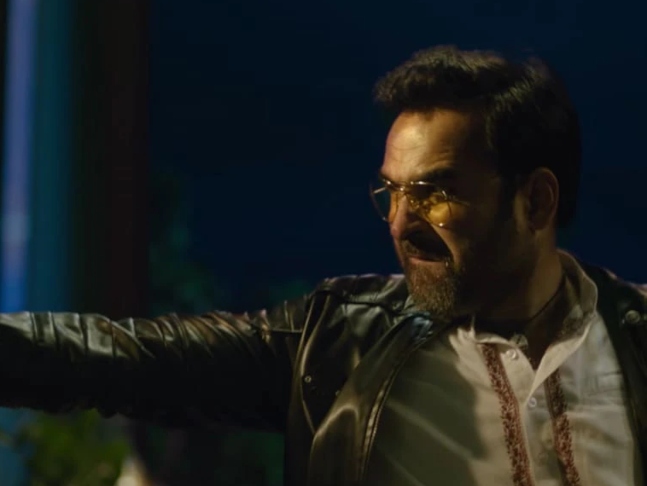 Akash, a simple middle-class ventriloquist (someone who talks without moving his mouth or face), earns his living by hosting puppet shows. He falls in love with a more materialistic girl Shruti Choksey (Sanya Malhotra). In the present time, she is getting married to a rich businessman. Akash and Shruti reunite, thanks to the viral clip.

The ludo dice then falls on the story of Rahul Avasthi (Rohit Saraf), a small-town boy with big dreams. He works at a store in a mall and faces difficulty in finding a safe shelter for himself. However, one fine day when he is thrown out of the mall’s parking lot, he finds a small space to settle down for the night. Unfortunately, he becomes the eye witness of Sattu Bhaiya’s crime. In a chaotic turn of events, Rahul meets a nurse from Kerala, Sheeja Thomas(Pearle Manney). They are greedy for money and aspire to lead a luxurious life.

The fourth character who signifies anger is Batukeshwar Tiwari aka Bittu Bhaiya (Abhishek A Bachchan). Previously, he was Sattu Bhaiya’s right hand but their relationship turned sour when Bittu fell in love with Asha (Asha Negi) and started his life as a clean family man. However, crime didn’t spare him. He was sent to jail under an attempt to murder case. 6 years later, he is back. A lot has changed for him. He has an estranged wife and a daughter whom he hasn’t seen. He is emotionally vulnerable. When he meets a young girl Mini (Inayat Verma) whose parents have no time for her, Bittu feels close to her and treats her like his own daughter. Following the girl’s instructions, he pretends as if he has kidnapped her for money.

The next tale belongs to Alok Kumar Gupta (Rajkummar Rao) aka ‘Aloo’. Heavily inspired by Mithun Chakraborty, Alok, who was a fraud a few years ago, has started his own dhaba with his group of thieves. His childhood sweetheart Pinky (Fatima Sana Shaikh) used him for her benefit and married someone else. Years later, she suspects that her husband is having an extra-marital affair and spies on him. In the middle of this, her husband enters the house of the businessman who is murdered by Sattu and is accused of killing him. Pinky seeks Alok’s help.

The tales of these four pairs form the backbone of Ludo. However, they don’t seem to interlink holistically. Anurag, who is the cinematographer, writer and director, sketches out four decent stories but fails to give them a satisfactory conclusion. At one point, he throws in references from Mahabharat, karma, paap-punya, death and life etc. We expect a different film on it. On the positive side, Anurag, like always, makes his actors deliver good work. This time too, he doesn’t disappoint. 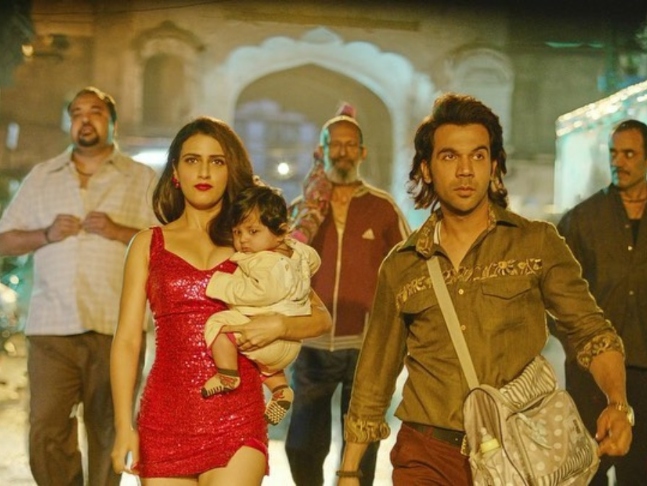 Anurag’s writing shines in parts while it needs to be sharper and effective in certain portions. His cameo is hard to miss though! With Anurag on board as the director, the audience expects magical moments. However, Ludo clearly lacks his Midas touch. Lack of layers makes it predictable.

Leading the pack of good performances, Rajkummar Rao pays an interesting tribute to Mithun Chakraborty by mimicking his signature style and moves. He adds a touch of humour to the tale with his comic timing. He is a breath of fresh air. Pankaj Tripathi, who has effectively set the benchmark for gangster roles high, is still in his Kaleen Bhaiya (Mirzapur) avatar. With fewer cuss words, he allows his face and eyes along with the ‘neck’ (pun intended) to emote. It is nearly impossible to ignore him in the ensemble cast. He pulls off the character beautifully.

Abhishek Bachchan shines as Bittu who is emotionally vulnerable, be it anger or love. He breathes life into his character. He is rough and tough in one frame while his soft side appears in the very next minute. Apart from looking absolutely handsome and charming, Aditya brings freshness to Ludo with his character. In the dark world of Anurag, Aditya fills in colours. Rohit has a few dialogues but communicates well with his expressions. 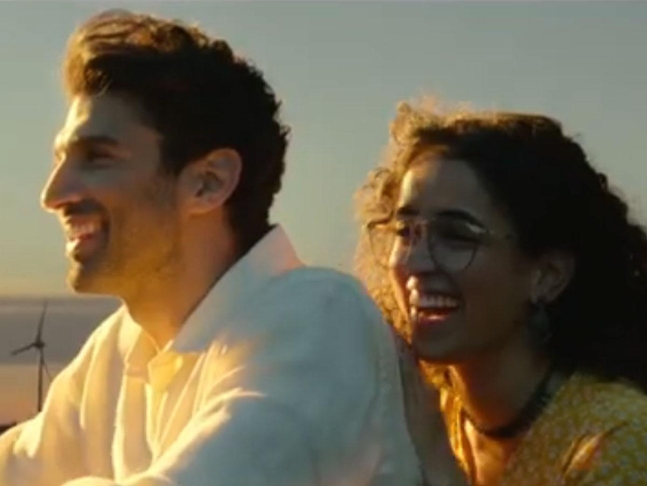 Sanya Malhotra is a perfect fit for the role of Shruti. She looks great on-screen and her chemistry with Aditya is enjoyable. Fatima shines in her role as Pinky who uses Alok for her benefit. She deserved a longer screen time. Pearle deserves a special mention for adding a touch of Malayalam to Ludo. She accounts for some hilarious moments. Asha in her brief role is good but we definitely wanted to see more of her. Inayat is cute and does her job right.

Like every Anurag Basu film, Ludo’s music is easy-breezy and likable. It creates the right atmosphere and blends into the story well. Kudos to Pritam for creating a different world with his music.

Action sequences by Allan Amin are in scarcity but good. Dialogues like Main Tera Bajirao Toh Tu Meri Mastani by Samrat Chakraborty are cheesy but work well. Director of Photography Anurag and Rajesh Shukla perfectly capture the locations and gravitas of the scenes. Editor Ajay Sharma could have kept the film tighter and shorter. 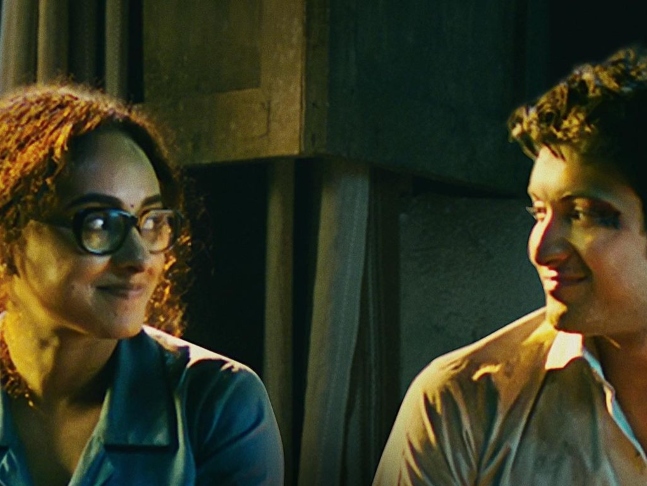 Ludo sees the good performances from the lead cast and is an out-of-the-box attempt by Anurag. While some parts are naram (read less exciting), some are garam (superbly done). In hindsight, Ludo lacks Anurag Basu’s magic and maturity that was seen in Barfi! and Life In A Metro. The players and their struggles in the game could have been well-sketched. In short, Ludo is strictly a one-time watch if you are craving something different on the OTT.

Tribhanga Review: Kajol, Tanvi Azmi and Mithila Palkar bring a tale of unconventional women, unafraid to live life on their own terms

John Abraham wraps the shoot of Satyameva Jayate 2, film to release on May 14, 2021

Kiss of Love: Varun Dhawan and Natasha Dalal go all mushy at their mehendi ceremony!