Mismatched Review: Rohit Saraf-Prajakta Koli’s millennial series is a Netflix'ed version of Student Of The Year

In the ‘90s, Bollywood was clearly fascinated with mushy campus romance films. Over a period of time, narratives underwent several changes to adapt to the sensibilities of the audience. What remained the same was ladka ladki ka pyaar and a bunch of bullies. Going back in time and bringing the old-school romance vibes to OTT, directors Akarsh Khurana and Nipun Dharmadhikari present a campus drama with a millennial twist. Titled Mismatched, the series stars young actors Prajakta Koli, Rohit Saraf, Vihaan Samat, Taaruk Raina, Kritika Bharadwaj, Muskkaan Jaferi, Devyani Shorey, Abhinav Sharma along with Suhasini Mulay, Vidya Malavade and Rannvijay Singha.

Mismatched begins with Dimple Ahuja (Prajakta Koli), a young coder who aspires to make it big. However, while Dimple is yet to settle down, she has reached a marriageable age on a scale set by her mother. She is pressured to look perfect and lighten her skin with makeup. The teenager, one fine day, gets admission into Jaipur’s renowned coding institution and surprisingly her mother permits her to relocate. But, she has some other plans for her. 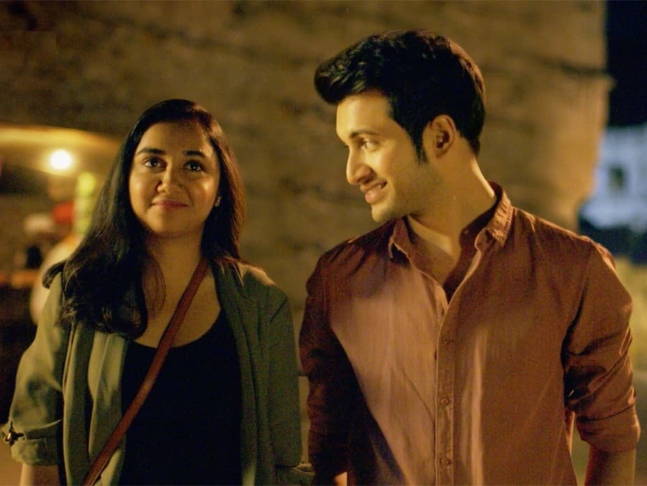 In comes Dimple’s Prince Charming Rishi Singh Shekhawat (Rohit Saraf). He is into animation and graphics. With the help of his grandmother (Suhasini Mulay), he looks out for a bride for himself. While surfing through pictures of potential brides, he finds Dimple attractive. Off he goes to the coding institute to meet his ‘future wife’. His best friend Namrata Bidasaria (Devyani Shorey) accompanies him.

Much to Dimple’s dismay, the college has a bunch of rich students who are more into Instagram lives, vlogging and of course bullying freshers. Rishi’s first meeting with Dimple is rather unpleasant. They make friendships with a widow Zeenat Karim (Vidya Malavade) and Celina Matthews (Muskkaan Jaferi). They are naturally pitched against the college’s mean bullies Anmol Malhotra (Taaruk Raina), Krish Katyal (Abhinav Sharma), and glam girl Simran Malhotra (Kritika Bharadwaj).

As their lecture begins, they meet Professor Siddharth Sinha (Rannvijay Singha) who gives them the assignment to launch their own app using coding. They are asked to work in ‘mismatched’ pairs. However, it doesn’t really affect the love that is blossoming between Rishi and Dimple who belong to different worlds, financially and mentally. It is not Dimple and Rishi who are struck by Cupid’s arrow. The seniors of the bunch, Prof. Sid and Zeenat grow close to each other while Namrata feels drawn towards Celina. 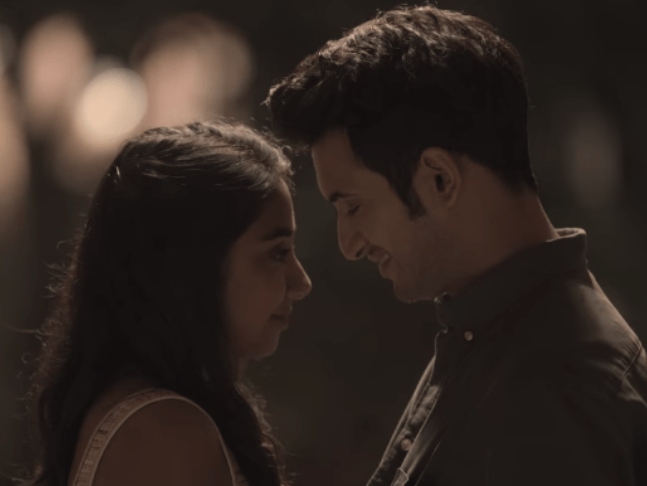 Mismatched sheds light on how the coding project changes everyone’s perception of each other. Will the assignment bring the 10 people closer or drift them apart? Well, we need to de’code’ it over a course of six episodes.

While Mismatched comes across as a clutter-breaker in the times when crime-thrillers and serious shows are ruling the web, it is impossible to turn a blind eye to the fact that it has a striking resemblance to Student Of The Year (2012). Instead of a recreational tournament, we get to see a coding competition between the students of a college. Directors Akarsh Khurana and Nipun Dharmadhikari direct a light-hearted millennial series that, unfortunately, becomes a Netflix'ed version of Student Of The Year that introduced the industry to promising talents. Mismatched excels majorly in the acting department and in fragments if the story is concerned. The actors are the USP.

Public speaker and LGBTQ+ activist Gazal Dhaliwal is the writer of Mismatched. Though she takes a step forward towards normalising lesbian love, the segment gets lost somewhere in between the lead pair’s romance and too many characters. The writing department refuses to take risks here. Based on Sandhya Menon's best-selling book When Dimple Met Rishi, too many social issues act as dampeners. Mismatched is made complicated and happening, unnecessarily, by throwing in an NRI student and a rave party. Performance-wise, Rohit and Prajakta bring in fresh vibes to the tale that is stale. Their chemistry is on point and enjoyable. Rohit can be classified as Bollywood’s favourite chocolate boy who can charm anyone with his looks. Prajakta pulls off her Dimple Ahuja with ease. Devyani and Muskkaan are easy going. Rannvijay and Vidya give good performances. Taaruk, Vihaan, Kritika and Abhinav do justice to their roles, but we wish to see them in stronger and better roles.

In a nutshell, Mismatched is a light watch over the weekend but it doesn't offer anything out-of-the-box. A series to be best watched with friends, Mismatched lacks emotional depth in various phases.

Radhe: Your Most Wanted Bhai Review - Salman Khan gives a lot of seeti