Not all superheroes wear capes and cowls, some even come in fur. This is exactly what Disney’s most recent film Flora & Ulysses tries to depict. Based on Kate DiCamillo’s Newberry Award-winning book of the same name, Flora & Ulysses gives a fresh take on life and what we in our tech-savvy, money-sapped world is missing to see. 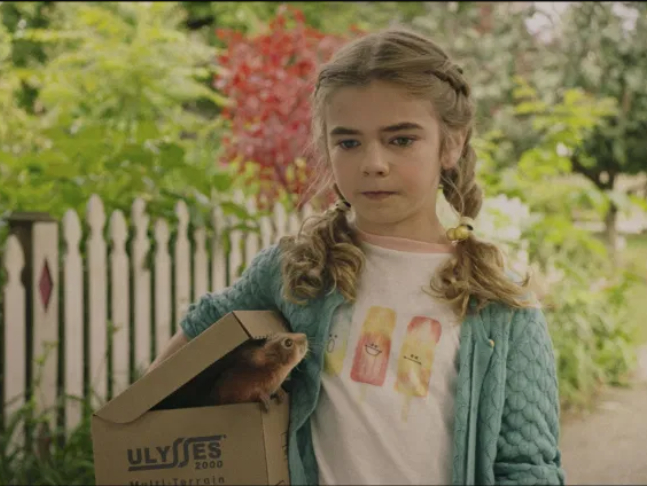 Flora & Ulysses stars Matilda Lawler as the titular character Flora Buckman, a 10-year-old avid comic book fan and a self-avowed cynic, whose parents (Alyson Hannigan and Ben Schwartz) have recently separated. After rescuing a squirrel from her neighbour’s out-of-control vacuum cleaner, she names it Ulysses after the vacuum cleaner brand name. The squirrel’s brush with death causes him to develop superpowers (mainly writing poetry on Flora's mom's typewriter about how hungry he is}. Flora must protect him from a man named Miller, who works at the Animal Control Department. 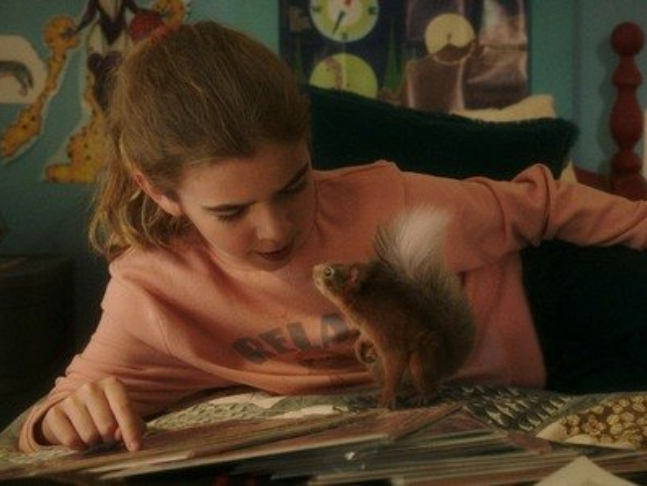 Ulysses’ and Flora’s adventures are not only relegated to evading capture from the Animal Control Department but the former uses his newfound superpowers to ‘right the wrongs’ in others’ life, in this case bringing back happiness and a ray of hope in Flora’s life. 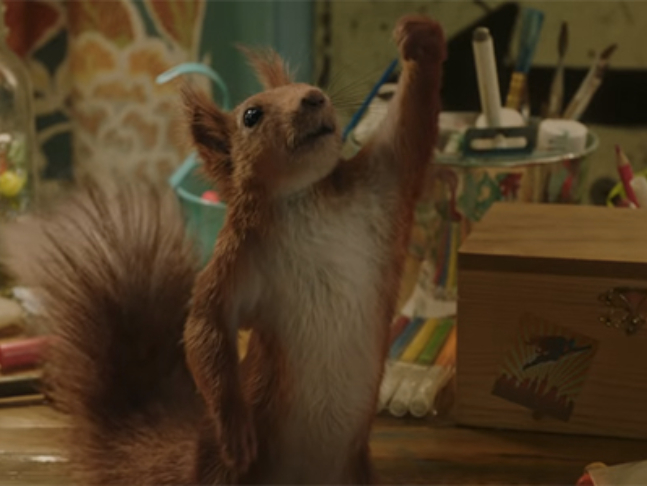 Flora & Ulysses is a little departure from the children’s book but keeps the essence and the main story intact, giving us a feel-good film that will definitely make everyone happy during these grim and stressful times. The film brings a change not only in Flora’s cynical outlook towards life but also her parents’ who find their true happy selves once again. 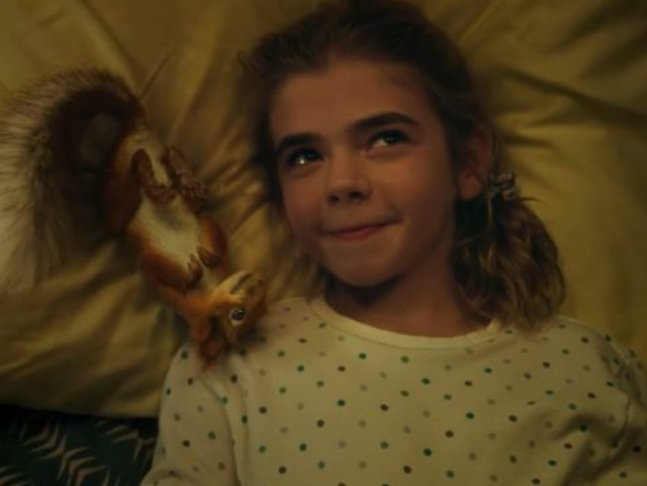 Matilda Lawler as Flora is superb. She nails her part well and has great articulation. Serving as the narrator as well as the main protagonist, Matilda does a swell job indeed. . She understands adult’s problems but is not a precocious kid and thereby lies her attraction. 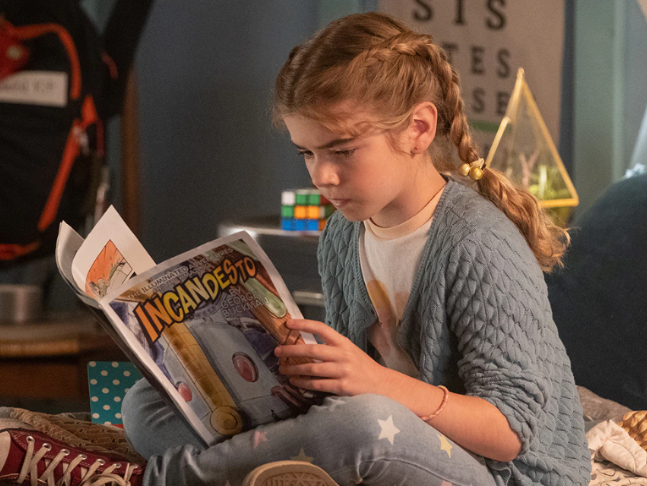 Alyson brings a commendable performance as Flora’s mother, Phyllis Buckman, who is suffering from writer’s block and is losing control over everything, including her attachment to her daughter and husband. Benjamin Evan Ainsworth, plays Flora’s friend and partner in crime. He brings a sense of calmness to the plot and is brilliant with his controlled performance. 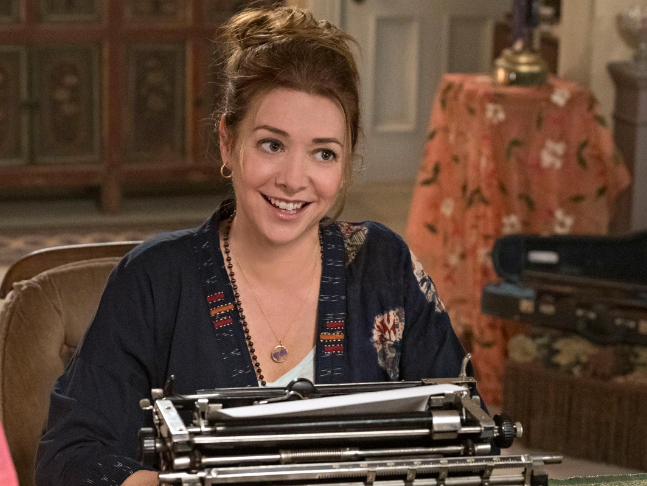 Ben Schwartz, as Flora’s father George Buckman brings the laughs with his antics on screen. He starts off as someone who has lost the zest of life and must come to terms with the mundane (giving that he is a comic book writer and has created a superhero called Incandesto) as a writer whose comic books have not been read beyond his household. However, as Flora fills up with hope after meeting Ulysses so does George and the father-daughter chemistry will warm the cockles of your heart. 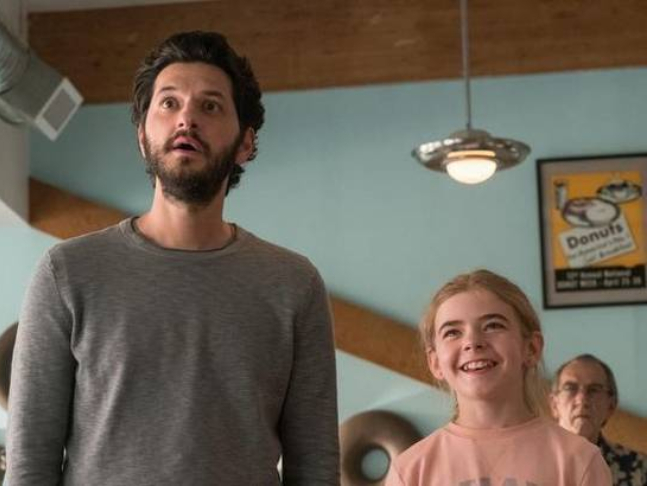 Director Lena Khan does a good job of creating a film with her main protagonist being a fake squirrel. The film is taut and crisp and does not let your attention waver and falter. Lena, expertly manouveres the adults' financial and marital problems to Flora's life but does not make it insipid and teary, which makes the film give the right vibes.

Flora & Ulysses brings that warm fuzzy feeling associated with all Disney films that just washes over your heart and makes you feel that everything is just right and hunky-dory in the world; so sit back, relax and enjoy the film. After all, even if a superhero has no cape and no tights, that isn’t a problem; a superhero will always remain one without the accessories.