In director Thomas Vinterberg’s tragidrama Another Round, male midlife crisis gets a heady twist and is viewed through the prism of an empty liquor bottle. It harps on some of the notable actors, litterateurs, authors and psychiatrists’ thinking that alcohol stimulates the mind and helps you to achieve your true potential. However, the film refrains from passing any moral judgment and only proceeds to show what downfall may occur when a person becomes too habitual to taking a drink one too many.

Another Round has already lapped up Best International Film and Best Director nominations in the upcoming Academy Awards 2021 and won Best Film Not in the English Language at the recently concluded BAFTA 2021. Another Round takes place in Copenhagen, where the city’s youth indulge in chaotic drinking games to relieve the stress of exams and almost anything life throws at them. 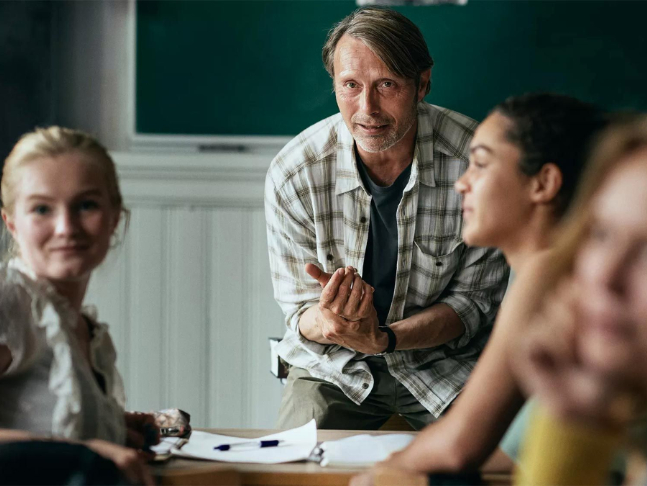 RECOMMENDED READ: Big Shot Review: John Stamos' series is high on girl power as it celebrates their triumph on a basketball court 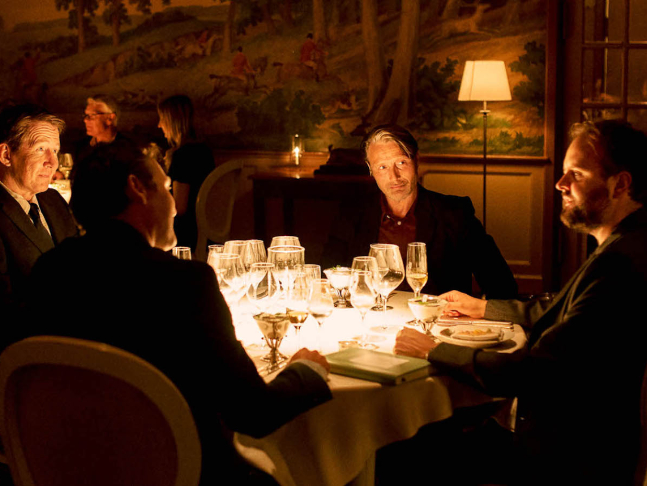 Mads Mikkelsen plays Martin, a high school History teacher accused of ‘indifference’ by his students. He is depressed and unsatisfied with his life and feels he has hit a snag and lost his mojo, even his wife thinks so. He along with three of his friend and fellow teachers - Football coach Tommy (Thomas Bo Larsen), Psychology teacher Nikolaj (Magnus Millang) and music trainer Peter (Lars Ranthe) decide to test out psychiatrist Finn Skårderud’s theory that humans are born with a blood alcohol content that’s too low (0.05%) and drinking actually helps them reach their true potential. Together they begin drinking on a daily basis with some rules in place like no drinks after 8 pm and none on weekends and document their findings in a collaborative essay. 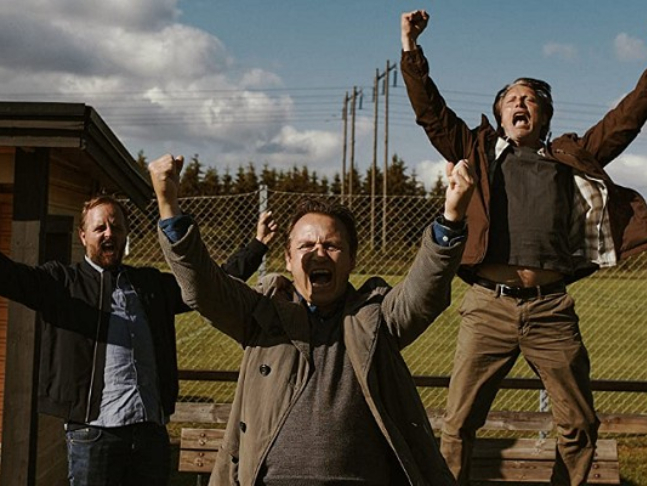 At first, the drinks have a positive effect on their lives, they feel more confident and content about their work. Their classes become more engaging and have a more fulfilling personal life. However, as the film progresses, Another Round becomes predictable, yet still heartbreaking to watch. It is difficult to watch these men willingly taking a route that will ultimately be their undoing. Drinking destroys their lives but they keep on celebrating, because now they are unable to control their joie de vivre. Mads Mikkelsen’s performance is top notch. He plays a drab, listless Martin with aplomb. He moves in the film as if half-asleep. As he drinks, he forgets his inadequacies and delivers an author-backed role with minimal characterization that exudes maximum impact. Mikkelsen is flawless as Martin and deserves the acclaim and awards coming his way for his portrayal in Another Round. 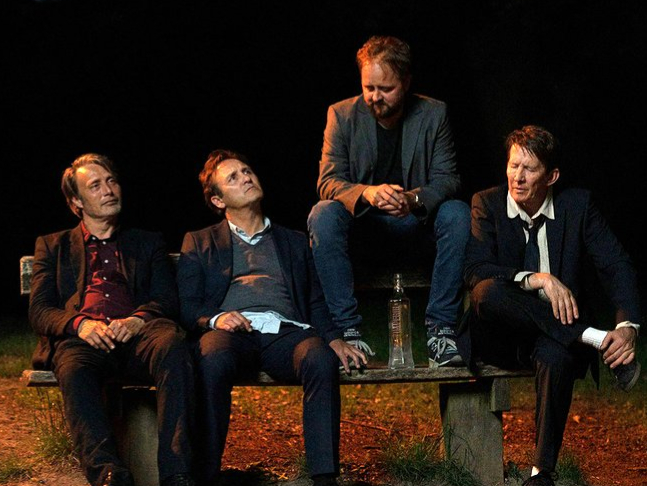 The beauty of Another Round is its lack of any didactic lessons. The film is about friendship, about self-awareness, about ageing and dealing with life. There is darkness, fatality and morbidity but still there is a light at the end of the tunnel. It plays as a cautionary tale against similar cautionary tales. Vinterberg’s direction never seems morbid. Even though the subject borders towards the grey, the director keeps the excitement, enthusiasm and exuberance intact throughout the film. Sturla Brandth Grovlen's cinematography and Janus Billeskov Jansen's music are exceptional as the perfect companions to Vinterberg’s storytelling.

Vinterberg, Mikkelsen and the other cast and crew serve a heady mix of intoxicating drink that is funny, ironic, doesn’t offer any redemption or easy answers, and yet leaves you feeling a happy high at the end.

PeepingMoon.com gives Another Round 4 Moons.