Manoj Bajpayee's Amazon Prime Video series The Family Man garnered much appreciation for its taut narrative with a dash of Raj & DK's trademark humour. Now, the much-awaited second season has dropped. Manoj returns as Srikant Tiwari in The Family Man 2 with Sharib Hashmi and Priyamani reprising their roles. Samantha Akkineni joins the cast as Raji, a Tamil rebel.

After the Orion Chemicals gas leak incident, Srikant, a senior analyst at National Investigation Agency’s wing Threat Analysis and Surveillance Cell (TASC), has quit the intelligence agency to join an IT firm with a ‘9-5 job’. While Srikant carries the burden of the failure of the previous mission, he is also dealing with problems faced by a dysfunctional family. On one hand, the desi James Bond, who abuses at the drop of the hat, is trying to sort out problems with his wife Suchitra (Priya Mani) and make her happy, and on the other side, he tries his best to ‘not be a minimum guy’ at his workplace. Srikant, a smart ‘sarkari naukar’, misses being on missions and receives intel from his former colleague and friend JK Talpade (Sharib Hashmi). According to JK, Srikant is suffering from FOMO that is Fear Of Missing Out. Annoyed with his boss’ tantrums, Srikant gives up on his 9-5 job and joins TASC on a mission to hunt down a Sri Lankan Tamilian rebel on the orders of Prime Minister Basu (Seema Biswas). PM Basu shares a good relationship with the President of Sri Lanka Rupatunga (Abhishek Shankar).

The series depicts the happenings in North Sri Lanka, a Tamil militant organization is hopeful that the community will get freedom and they aren’t in support of a war. However, a team from Sri Lanka plants an explosive in their base that kills many militants. Escaping the blast, Bhaskaran (Mime Gopi), the Chief or Thalaivar, along with Deepan (Azhagam Perumal) and Subbu (Srikrishna Dayal) flee to different parts of the world. Subbu takes shelter in Chennai while Bhaskaran and Deepan are in London. However, TASC tracks down Subbu and as he is taken into police custody, a bomb blast kills him.

Bhaskaran, who is mourning the death of his younger brother, meets Major Sameer (Darshan Kumaar), the ISI member who was a part of the gas leak plan. Sameer brainwashes Bhaskaran into believing that PM Basu planned the blast just to please her ally, Sri Lanka. Bhaskaran puts a plan into action by roping in Raji aka Rajalekshmi (Samantha Akkineni), Selva (Anand Sami), Karthik (M. Ranjith) and Prabhu (Rajesh Balachandiran). Raji, a worker at a factory, has many secrets hidden beneath her curious eyes. With vengeance as her primary motive, Raji is no ordinary girl. As the team of Sri Lankan Tamil rebels gets a green signal, PM Basu plans a meeting with President Rupatunga. Her assassination is their target. Srikant, leaving his family back in Mumbai, heads to Chennai to tackle the problem and receives help from an officer named Muthu (Ravindra Vijay). 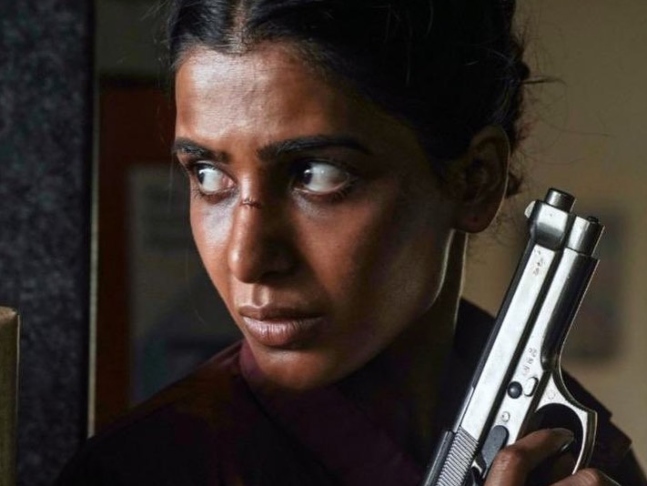 The Family Man 2 showcases Srikant and TASC’s mission to track down the rebels. Will Srikant and his team at TASC solve the problem? What does Raji have in store for her nemesis? Will The Family Man protect his loved ones from the repercussions of his highly dangerous job? Well, these will be answered over 9 episodes of roughly 40-50 minutes each.

Directors Raj & DK along with Suparn Varma helm an engaging crime-thriller series. One of the USPs of the first season was its humour and luckily, it finds its place in the initial episodes. With The Family Man 2, Raj & DK and Suman Kumar, who are the writers, make an attempt to justify why terrorists are humans and it is the situation that makes them take adverse steps. The 9 episodes series throws light on how the Sri Lankan Tamil diaspora was ill-treated and tortured forcing them to become rebels and so-called ‘terrorists’ in the eyes of the nation. They brilliantly deal with the idea of one country's freedom fighter is another's terrorist. 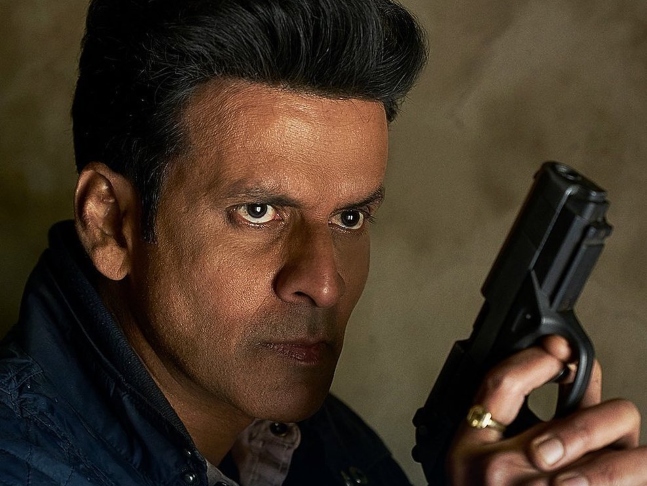 While Raj & DK, also the creators of The Family Man 2, don’t indulge deep into a political conversation but they do touch upon the age-old problems faced by a community, who are extremely disciplined, honest, hard-working and patriots who can die and kill to protect their heritage and dignity. Nobody is a hero nor a villain. The characters in The Family Man 2 are flawed, deal with their own crisis and don’t aim to prove anyone wrong.

Yes, The Family Man 2 is engaging right from the first episode, but those expecting sudden plot twists and turns might be slightly disappointed. The cliffhanger end to every episode will automatically make you move to the next immediately and will certainly command your attention. Unlike other crime-thrillers that have released of late, The Family Man 2 avoids exploring the flaws in the system. Their primary purpose seems to be providing some hours of entertainment and they do succeed. The Family Man 2 is bigger and better than the first season and is a sequel that adds a lot to the franchise. 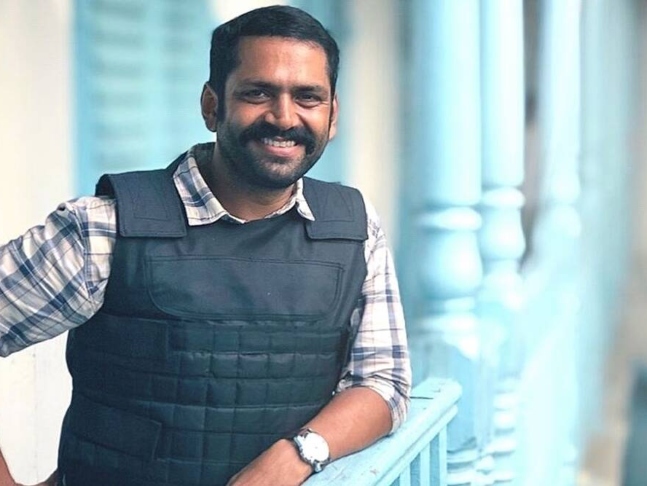 Manoj as Srikant Tiwari goes from being a ‘vada pav’ lover to a ‘salad’ eater in the initial episodes giving us some humorous moments. Srikant has to balance between an almost broken marriage and a deadly mission. While he is a world-class spy, he channels his humane side to understand the psychology of the ‘terrorists’. A doting father, who wants to protect his family, Srikant goes through hell and back and this time, fear comes home. Manoj breathes soul into Srikant and takes The Family Man franchise ahead on his trusted shoulder. The actor emotes with his eyes and body language. His comfort with the camera reflects throughout the show and you just cannot take your eyes off him.

Manoj gets a brilliant Samantha as his opponent. The South star delivers a knockout performance in her debut web show. Though Samantha has barely some dialogues, she speaks the loudest with her eyes, body language and slight shifts in her facial gestures. In the first few episodes, she might seem to be a simple girl, but she steals your breath by packing some punches, swiftly.

With Raji’s character, Samantha puts it out loud that women need not tolerate injustice towards them and shouldn’t let any man access their bodies easily. The scene wherein she murders the manager of the factory for having sex with her speaks volumes of the actress’ craft. As Raji, Samantha adds a slick edge to the show. 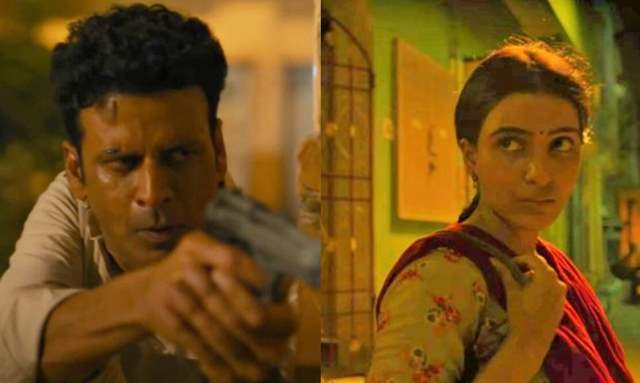 Priya Mani excels as Suchitra, Srikant’s wife. In the second season, her character is more layered. Sharib Hashmi’s screen presence is pleasing. He fits the shoes of JK Talpade effortlessly. Sharib is indeed the life of the franchise and we would love to see a spin-off revolving around JK! Sunny Hinduja does a lovely job as Milind. Sharad Kelkar, in the few scenes that he gets, shines. Ravindra Vijay, Mime Gopi, Azhagam Perumal and Srikrishna Dayal excel in their roles. Ashlesha Thakur aka Dhrithi deserves a special mention for pulling off a layered character with ease. Darshan Kumaar is good while Seema Biswas is convincing as the PM. Dalip Tahhil is a delight on screen. Asif Basra left behind an impact too and his demise is a big loss to the industry.

Special mention to the creators for giving the show a local touch by incorporating Tamil dialogues rather than making it a complete Hindi-language series or dubbing it in different languages. Director of Photography Cameron Eric Bryson perfectly captures the rustic, cultural and natural beauty of Chennai along with the busy and happening streets of Mumbai and the serenity of London. Action Director Aejaz Gulab’s stunt sequences are swift, thrilling and will keep you on the edge of your seat. Watch out for the police station action sequence which is nail-bitting and slick. Right from the action to camera work and acting, it is simply perfect. Background score by Ketan Sodha adds value to The Family Man 2.

With great support from the supporting cast, Manoj and Samantha take The Family Man 2 to another high. A convincing sequel that honours the craft of the actors and directors, the show can surely make for a comfortable watch this weekend. By the end of it, do watch out for the indication of The Family Man 3 which seems to draw inspiration from the ongoing COVID-19 virus.