The nation celebrated the 100th birth anniversary of legendary filmmaker Satyajit Ray on May 2, 2021. To honour the celebrated filmmaker, Abhishek Chaubey, Srijit Mukherji and Vasan Bala united to direct an anthology for Netflix titled Ray, inspired by the visionary writings of Satyajit Ray. The three filmmakers give a glimpse into these timeless stories as they come to life. With a plethora of emotions, the tales - Hungama Hai Kyon Barpa by Abhishek Chaubey, Forget Me Not by Srijit Mukherji, Bahrupiya by Srijit Mukherji and Spotlight by Vasan Bala, are full of twists, thrills and turns. By now, we know Netflix aces the anthology space. The platform has given the audience gems like Lust Stories, Ghost Stories, Pitta Kathalu & Ajeeb Daastaans. 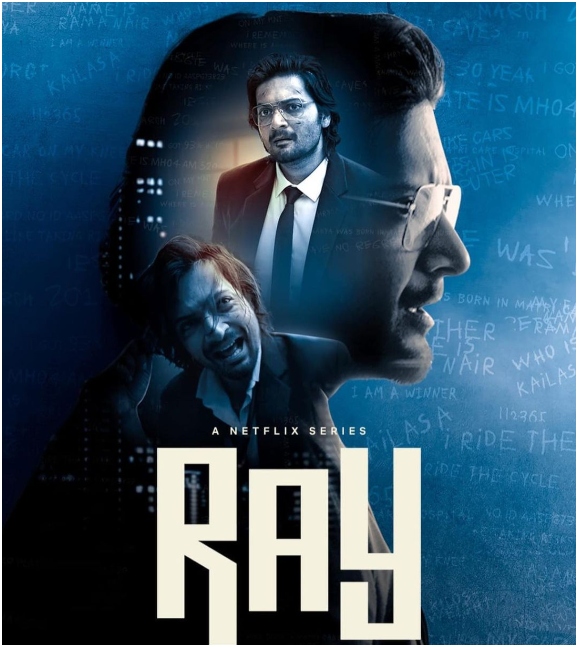 Directed by Srijit Mukherji, Forget Me Not is based on Ipsit (Ali Fazal), a cut-throat corporate shark who prides himself on his vivid memory and his accolades. A man on his way to the top of the corporate ladder, charm comes naturally to Ipsit leaving his co-workers in awe. Until a chance encounter with a woman, Rhea Saran (Anindita Bose) becomes a meeting of downfall and self-doubt as he fails to remember her. While Ipsit's assistant Maggie (Shweta Basu Prasad) tries to support him as much as possible throughout, it is only until the end that the actual truth comes out.

Ali as Ipsit is bang on! His South Indian dialect is near-perfect and his approach to play an intense role like Ipsit is commendable. Raising the bar high with him is his excellent co-star Shweta, who aces the role of Maggie. Anindita as Rhea carries her role which much conviction. Special mention to Shruthy Menon, who plays the role of Ipsit's wife Amala beautifully. With Forget Me Not, Srijit Mukherji presents flawlessly a gripping tale that plays out as a quirky thriller interspersed with dark and twisted humour. A thriller is as good as its power to stay unpredictable and the filmmaker plays it well in this one. 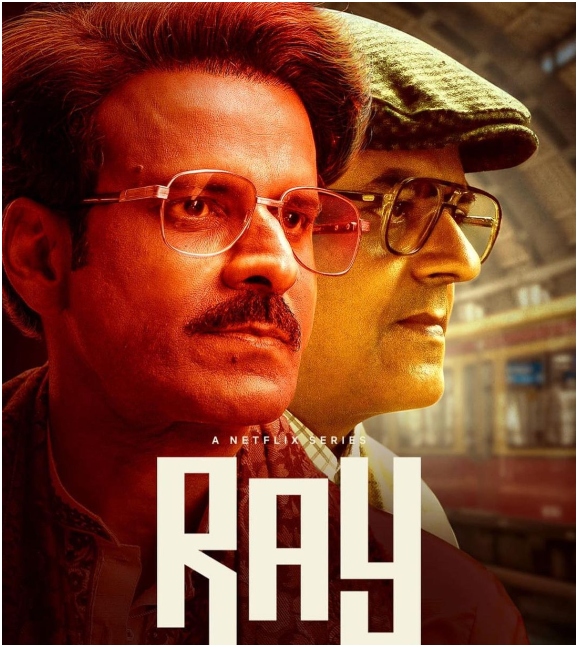 The best one of all has to be Abhishek Chaubey's unconventional piece - Hungama Hai Kyon Barpa. The film is based on how Manoj Bajpayee's Musafir Ali, a popular ghazal singer who suffered from kleptomania and Baig (Gajraj Rao), an ex-wrestler turned sports journalist, find themselves in each other's company on a train journey. As conversations grow, Musafir realizes that this isn’t his first encounter with Baig. They both met each other on a similar train journey ten years back. What happened then? Well, that is what the film is all about.

With every performance of his, Manoj Bajpayee outdoes himself and Hungama Hai Kyon Barpa is no different. Manoj as Musafir Ali fit the part incredibly. He is equal parts of black, white & grey and knows how to carry the role on his shoulders comfortably. Making it a dream star cast joins Gajraj Rao, who needs to introduction. He walks, talks and breathes acting. He not only makes the film more interesting with his role but also brings his best to the platter. Manoj and Gajraj's 'sometimes goofy sometimes intense' chemistry is a win-win for all. In Hungama Hai Kyon Barpa, Abhishek Chaubey presents a satirical tale of two men and their intertwined fates. The filmmaker is simply excellent in his direction. With the backdrop of scare and suspense, he accounts for chills. 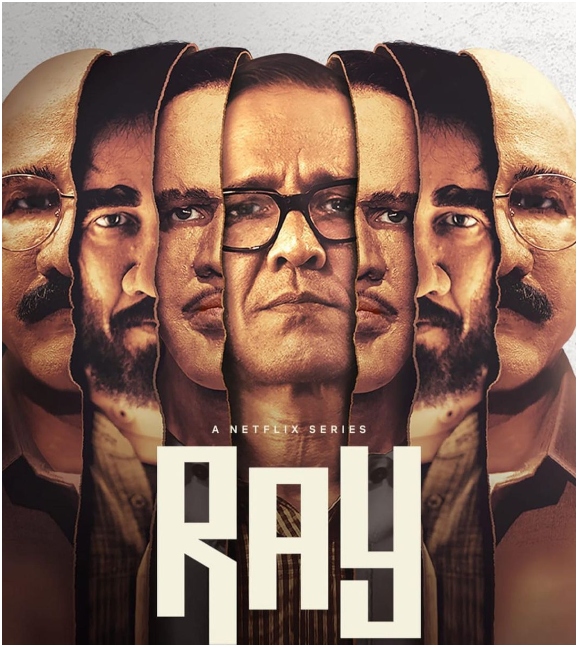 Second of Srijit Mukherji's directorial in Ray, Bahrupiya takes us through the journey of Indrashish Shaha (Kay Kay Menon), a timid man who longs to be a make-up artist but is stuck at a job he hates. He also has a failing relationship with his girlfriend Debashree (Bidita Bag) and a burdened life. But after his grandmother passes away, she leaves him Bahuroopi, a book on making prosthetics. He uses his skills to get back at people who he feels wronged him in life and mocks God, who he curses for the shortcomings in his life. The masks he creates go from being an armour to the cause of his downfall when Peer Baba (Dibyendu Bhattacharya), exposes Indrashish.

Kay Kay Menon must be lauded for his portrayal of Indrashish, a man changing his faces like clothes and carrying them all with perfection. Special mention of the actor's expressions must be made. Dibyendu Bhattacharya as Peer Baba does full justice to the role. He adds a much-needed thrill to the film. Srijit Mukherji's direction could not have been better. The way the filmmaker portrays his characters in the film is impressive. Even with an open ending, Srijit leaves the audience with a bombshell. 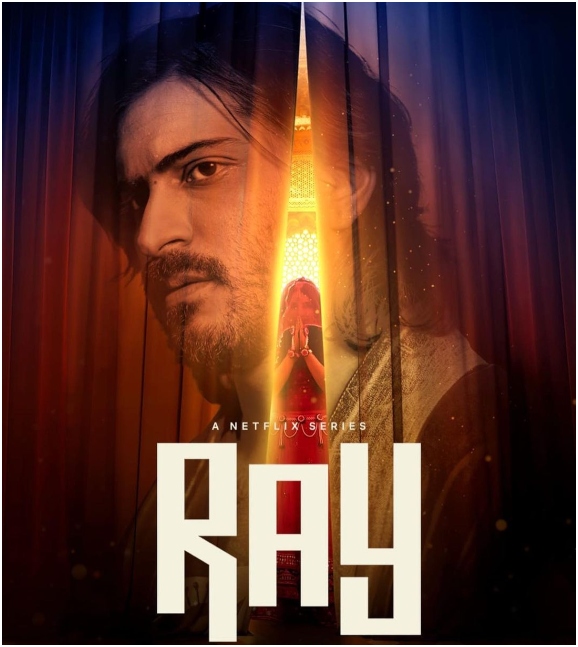 Vasan Bala's Spotlight tells the tale of Vik (Harsh Varrdhan Kapoot), a young actor who finds popularity because of his ‘look’ after struggling to make it for some time. Typecast as the ‘One Look Vik’, he decides to get rid of the tag and prove himself. However, his insecurities sky-rocket when he sees Divya Didi (Radhika Madan) a God lady who enraptures everyone. The tale follows their revelations, commonalities, plight and what happens in the end, might leave some confused but for good.

Harsh Varrdhan Kapoor, as an actor crippled with artistic insecurity despite his career being on an upswing, deserves a standing ovation for his performance. He gives his all to the role of Vikram Arora. Making the film better with her swag is Radhika Madan, who plays the role of the celebrated 'didi'. Special mention to Akansha Ranjan Kapoor, who plays Vik's girlfriend and Chandan Roy Sanyal, who plays his manager. With Spotlight, Vasan Bala takes us to a world that's quirky, cheeky but above all - relatable. While some might find it difficult to understand, Spotlight has the power of talking to the audience in a unique way.

Watch Ray to experience a world of cinema inspired by the legendary Satyajit Ray, with superb writing by Niren Bhatt & Siraj Ahmed. Vastly varying in genre and style, these stories are full of thrills, twists and turns with a strong emotional core keeping you completely hooked till the end.