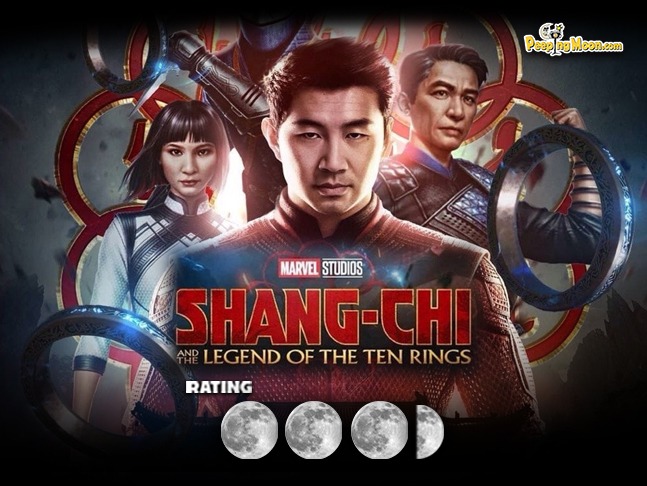 Film: Shang-Chi and the Legend of the Ten Rings

Like SpiderMan said, “With great power comes great responsibility,” in the same way being a pioneer comes with a lot of pressure and responsibility. Chadwick Boseman’s Black Panther was the first film in the MCU that celebrated Black and African culture, Brie Larson’s Captain Marvel became the first women-led film in the franchise and now Simu Liu led Shang-Chi and the Legend of Ten Rings marks the MCU’s first Asian-led superhero film with a predominantly Asian cast. The film is remarkable in the way that here the Asian characters are not the heroes’ sidekick or comic relief but leads from the front and does a pretty good job at it. Shang Chi and the Legend of Ten Rings is a gigantic film from the biggest studio in the world bringing a seemingly ground-breaking move. With the film finally Asians can see themselves represented on the big screen, that too in a Marvel film and they can actually a breathe a sigh of relief because the film is really good. 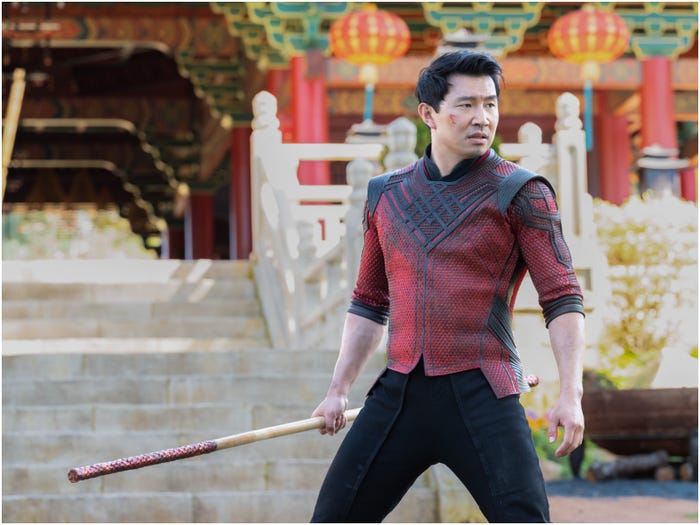 Shaun (Simu Liu), after running away from his father, formidable crime lord Wenwu (Tony Leung), tries to star his life afresh in San Francisco, where he meets his best friend, Katy (Awkwafina). The two friends are happily living the lives of valet drivers at an upscale hotel. However, Shaun’s cover is blown when a gang of assassins attack Shaun on a bus and he effortlessly disposes of them without batting an eyelid, it becomes clear to Katy that there is more to him than what meets the eye. Turns out, Shaun is Shang-Chi, a ruthless killer trained by his father, Wenwu, a master warrior and possessor of the legendary Ten Rings, which he wears around his arms to generate blasts of energy. After ten years, Shang-Chi’s past catches up with him and he along with Katy travel to China to find his estranged but equally dangerous and formidable sister Xialing (Meng’er Zhang), and uncover the truth behind his mother Jiang Li’s (Fala Chen) death. Wenwu, reunites with his son and daughter in hopes of recruiting them for his terrorist organization, The Ten Rings. 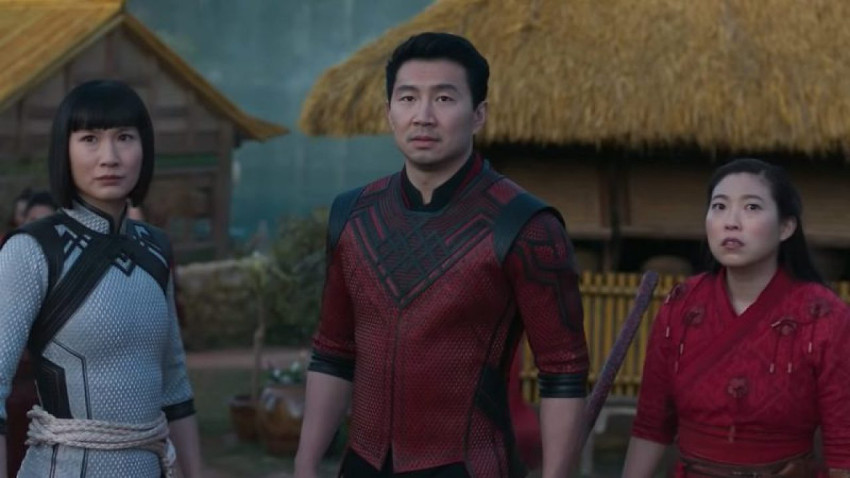 Shang-Chi and the Legend of Ten Rings boasts of an exceptional cast that is well-casted in their particular roles. Leung gives the film a gravitas with his performance. His aggressiveness and machismo is balanced out by Chen who brings a calm and serene quality to the film, proving her to be the able matriarch. Their first date in a flashback segment shows a flirty fist fight wherein we see that Leung fights with anger while Chen diverts his power gracefully with impeccable control, teaching him in the process on how not be an asshole that he definitely is.

Michelle Yeoh, as Shang-Chi’s aunt is impeccable and brings a sense of balance and legitimacy to the plot. Awkwafina depicts an explosive personality that brings to contrast Simu’s emotional instability and pathos. Simu shoulders the responsibility of leading the cast superbly. He not only kicks ass in superbly choreographed martial arts sequences but also acts with emotive expressions and fine dialogue delivery. The actors never forget that the film is an action film and tell a complex story with their body language and fight sequences without reducing the film to just mindless stunt scenes and no depth.

Shang-Chi’s hand-to-hand combat sequences are staged extremely well and pay homage to different kung-fu films from oriental Crouching Tiger, Hidden Dragon to the urban Jackie Chan films. The visual effects employed in the film are unfortunately not up to the mark and is unable to hold a candle to the other fight sequences.

Director Destin Daniel Cretton puts major emphasis on fleshing out his characters. He confidently steers the MCU in a new direction with the film and must be applauded for bringing out Asian characters out of the stereotypes meted out to them for so long. The film is also an origin story that introduces us to Simu’s Shang-Chi and sets in motion the probability of future films in the franchise. It’s clear that Simu is being set up for sequels as seen in the post credits scene and with his admirable act he will surely have no problem in shouldering that responsibility. 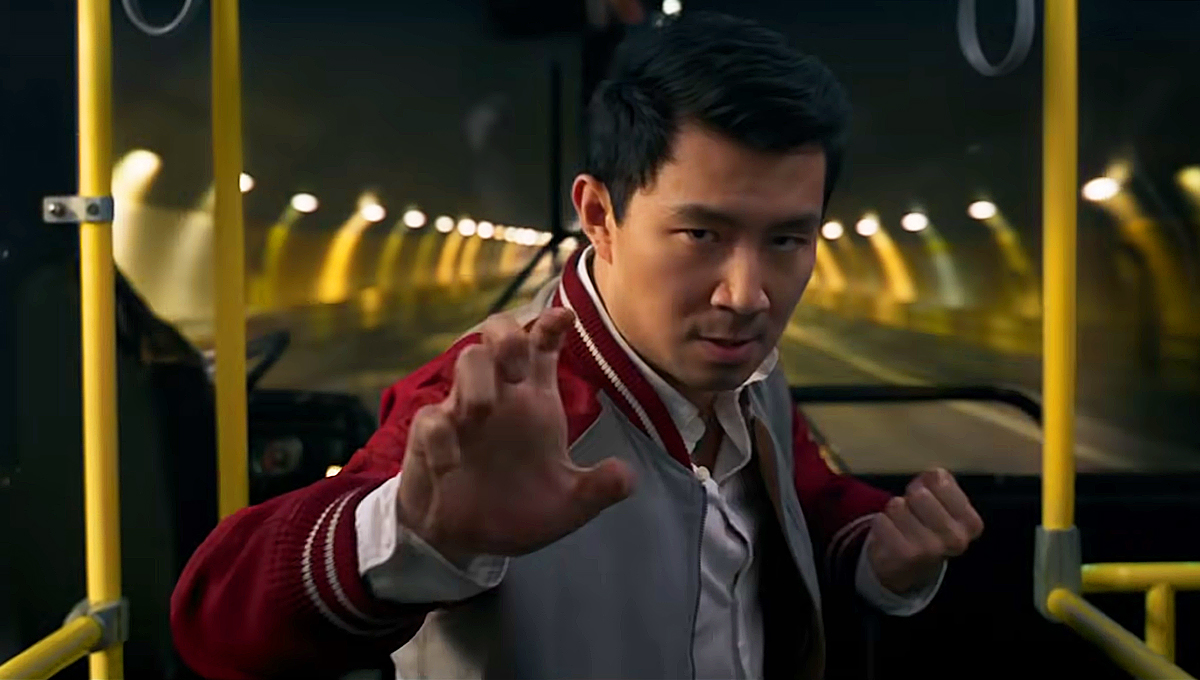 The film not only boasts of technically-impressive stunt choreography that sets this film apart but breathtaking cinematography, opulent production design and not to mention soul-stirring conversations about life, death and everything within the universe. What might be a bit jarring for several fans are the new world that the MCU brings with mythical creatures that look like Pokemon and an ethnic world that is different from the American way of life. Cretton and co-writers Andrew Lanham and Dave Callaham do a good job of presenting an emotional film with high-octane action, well-rounded characters and a major step towards diversity.

Shang-Chi and the Legend of the Ten Rings deserve to smash the box-office records but due to its limited 45-day theatrical release experiment, plus release issues in China, and the coronavirus pandemic might just be problematic. Nevertheless, it is a must-watch, be it on the big screen or on the streamer when it finally releases on September 3.

PeepingMoon.com gives Shang-Chi and the Legend of the Ten Rings 3.5 Moons.