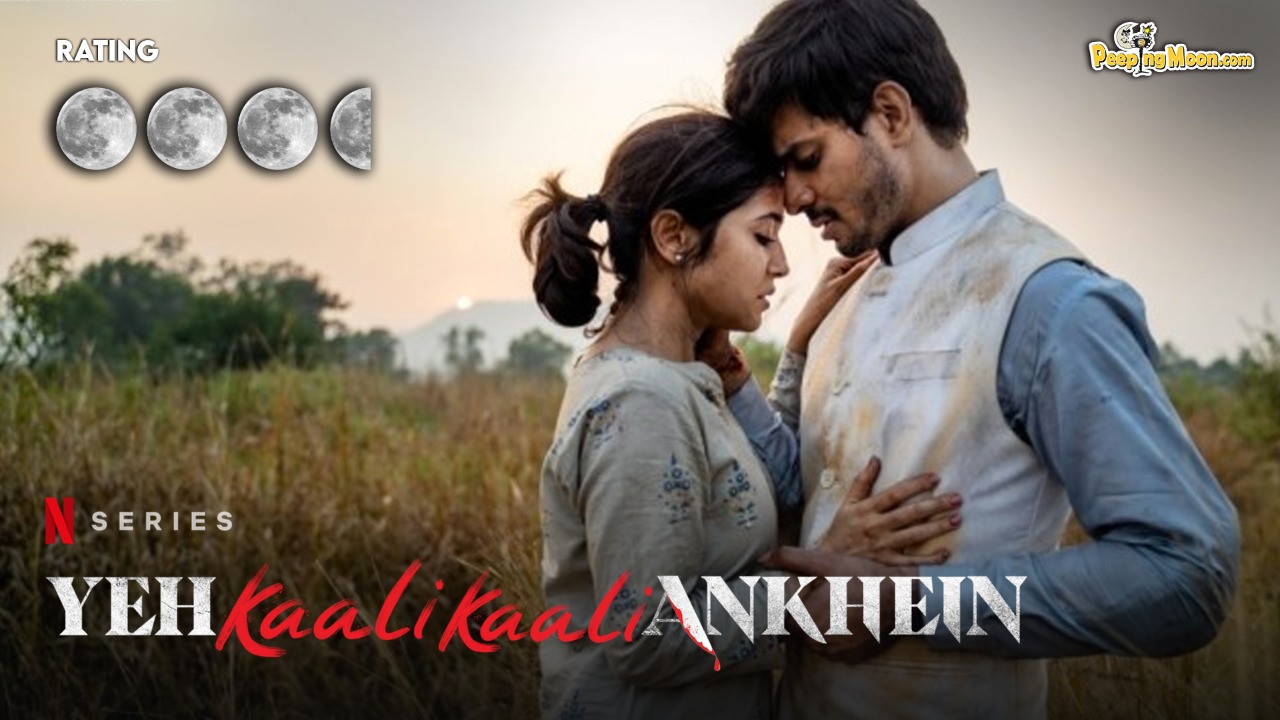 Indian cinema is no stranger to femme fatales and their power to wreak havoc and destruction in their wake, more specifically in the lives of our male protagonists who are unable to get out of their clutches. Yeh Kaali Kaali Ankhein also follows the same premise, only here the femme fatale is also aided by the power, politics and violence of the hinterland in a small town of Uttar Pradesh.

Yeh Kaali Kaali Ankhein follows our simple protagonist Vikrant (Tahir Raj Bhasin), an engineering graduate who dreams of landing a small job away from his hometown, buy a small house and a car and live his life by marrying his college sweetheart Shikha Aggarwal (Shweta Tripathi). However, his life is turned upside down when he finds himself to be the object of attention and desire of the town’s gangster-politician’s daughter Purva (Anchal Singh). Saurabh Shukla plays the powerful and ruthless politician Akheraj Awasthi Vidrohi in this pulp-fiction web series. What happens next and how money, power and women are the bane of a man’s life bringing him to utter ruin and helplessness is Yeh Kaali Kaali Ankhein all about. 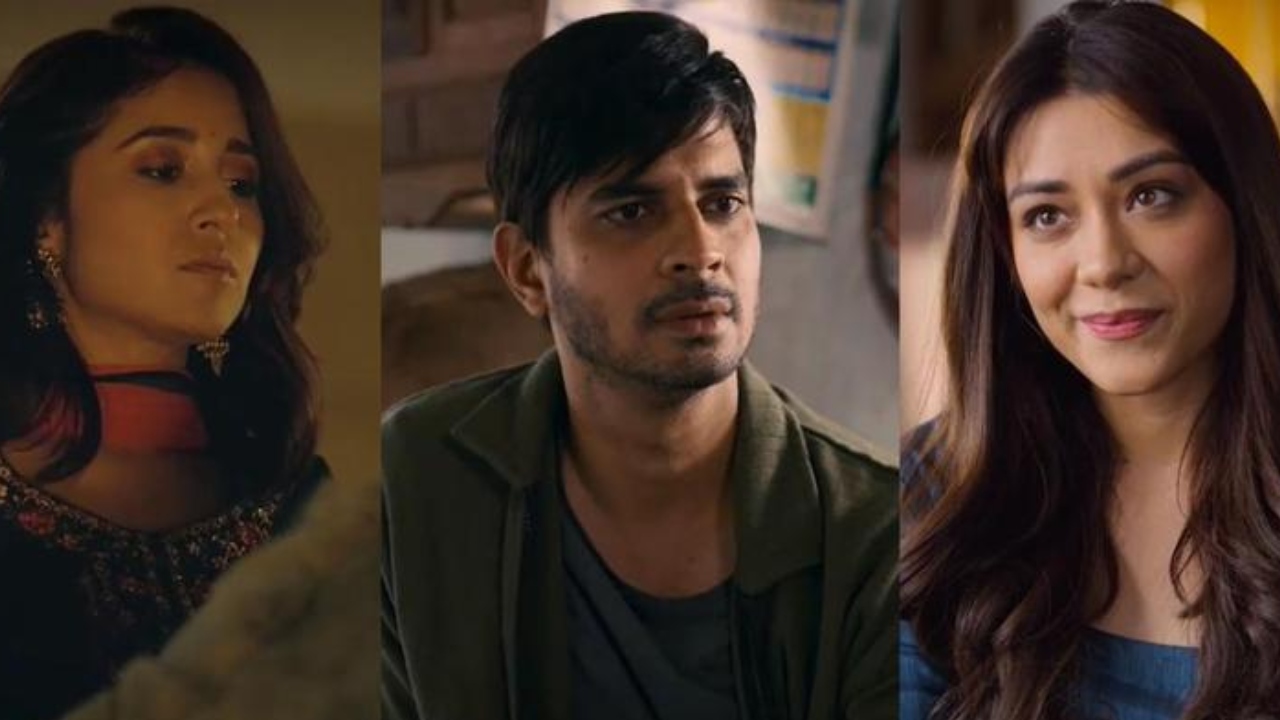 YKKA in its eight episodes tries to pack in a lot of action and reaction along with a tight-rope narrative that gives us an insight into Vikrant’s troubles. Sidharth Sengupta’s direction is taut and his screenplay co-written with Anahata Menon and Varun Badola does manage to keep the interest intact. However, YKKA could have been a lot more if the narration by the main character is not spelled out every 15 minutes and the story is simple if not subtle. However, the story does keep you invested in what is going to happen in the characters’ lives even if you know it at the back of your mind.

Tahir Raj Bhasin as Vikrant is a winner and deftly shoulders the series with an impeccable performance. He is convincing as a man caught between a rock and a hard place with nowhere to go. On the other hand, Anchal Singh is a revelation as the antagonist. She shows that femme fatales need not strut in black and red lipstick with a drink in hand but gives you the creeps with just one look. Sidharth Sengupta has done a good job of not objectifying her but presents her in an equally seductive and dangerous avatar that spells trouble every time she appears on screen. Shweta Tripathi could have done better with her role and once again is cast in her girl-next-door avatar. She definitely needs to choose roles with more versatility and fails to create an impact in YKKH. 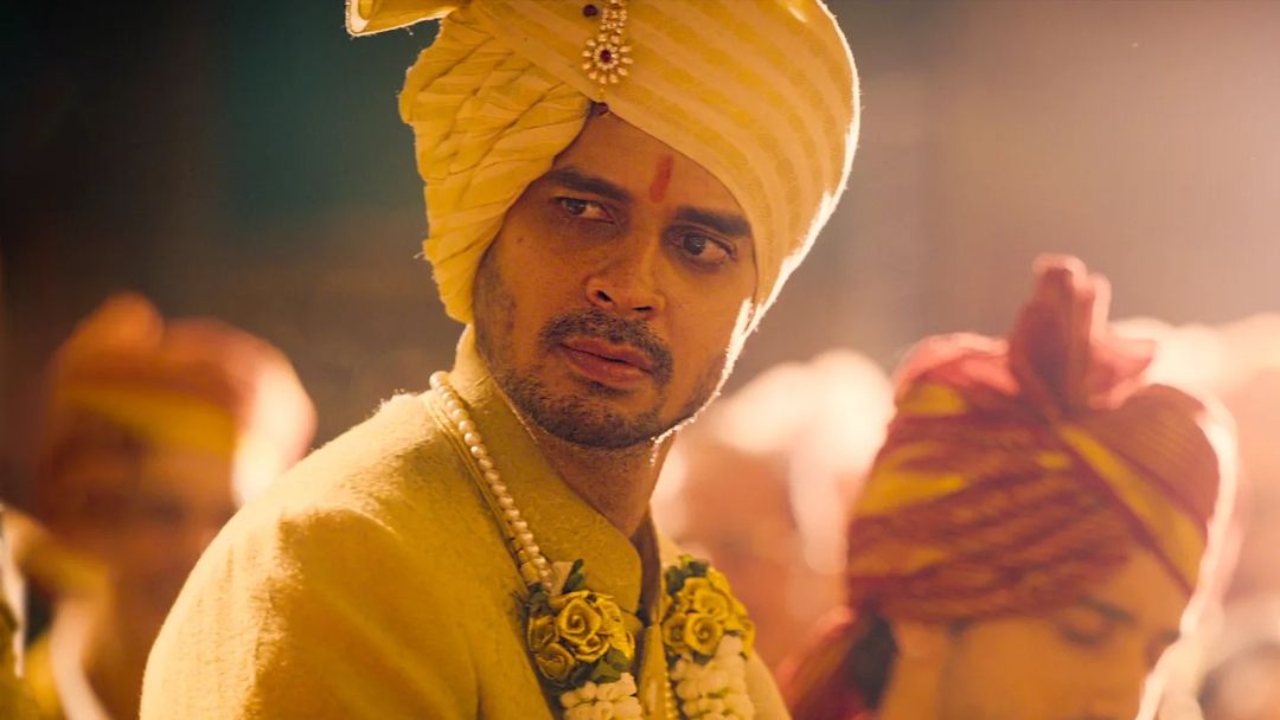 However, the stars of the show are the so-called supporting actors in Saurabh Shukla and Brijendra Kala. Saurabh Shukla steals the show with his malice, menace and comedic turn as the politician. Brijendra Kala as Vikrant’s father and Akhiraj’s accountant is hilarious and shines in every scene of Yeh Kaali Kaali Ankhein, especially when he is trying to speak English or is convinced that his son is a good-for-nothing idiot. Arunoday Singh has a late entrance in the series, yet he plays a significant role crucial to the plot. Sunita Rajwar, Hetal Gada, Anant Joshi, among the rest of the cast lends good support.

The title of the series with a recreation of the Shah Rukh Khan-Kajol dance number from Baazigar, Yeh Kaali Kaali Ankhein by Anu Malik and Dev Kohli will stick with you. The background music by Shivam Sengupta and Anuj Danait and cinematography by Murzy Pagdiwala adds authenticity to the plot.

Yeh Kaali Kaali Ankhein manages to tell a familiar story with some interesting twists and turns but continues to employ the familiar tropes of other series and does not try to stand out of the herd. Nevertheless, it is a good watch.