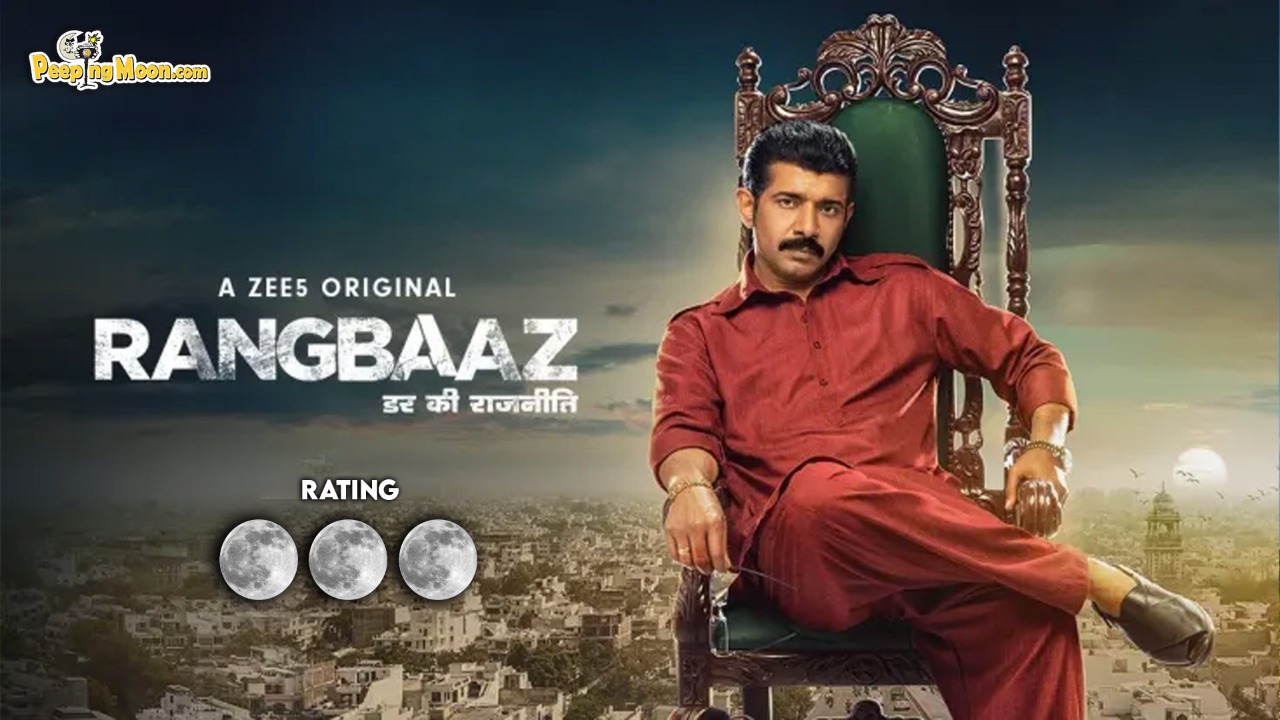 The first two seasons of Zee5’s Rangbaaz was a hit with the audience. Now, the streamer is back with the third season, Rangbaaz – Darr Ki Rajneeti starring Vineet Kumar Singh, Aakansha Singh, Vijay Maurya, Rajesh Tailang, Prashant Narayanan and Geetanjali Kulkarni in the lead. The series tells the story of a gangster-turned-politician in erstwhile Bihar, and if you feel that it is based on true incidents and on a certain ‘baahubali neta’ from the state then it’s totally your perception as the makers defy any resemblance whatsoever.

The 6-episode series revolves around the rise and fall of Haroon Shah Ali Baig (played by Vineet Kumar Singh), also referred to as Saheb and his political journey from being a henchman and dreaded gangster in the fictional town of Dhivan set in Bihar. He becomes one of the state’s most powerful leaders through the use of arms and develops a Robin Hood-like reputation in his town as he rises to power, wealth and political clout through his escapades which often hinges on bloodshed. As his reputation starts to take shape, he feels he is respected and validated by people but is often told by his elders that it is the fear and not respect.

RECOMMENDED READ: With Rangbaaz we’ve created magic, it has a brilliant and powerful story and a powerful cast: Aakanksha Singh on her Zee5 web show

The series enters a densely populated ecosystem of web shows centered on crime, gangster drama and dirty politics. However, the Rangbaaz- Darr Ki Rajneeti provides an interesting premise with flashbacks and backstory to hold the audiences’ attention. Not to mention that the show boasts of a stellar star cast that has delivered the goods by nailing the Bihari accent and mannerisms. The series spans three decades and presents a commendable story of the political turmoil that was prevalent in Bihar during the RJD rule.

Vineet Kumar Singh plays the main protagonist and leads from the front. Veteran of a few gangster dramas including Gangs of Wasseypur which brought him into limelight, Vineet depicts the rage, tenacity, ruthlessness and shrewdness perfectly as Haroon Shah Ali Baig. His role is not of a hotshot gangster but a man who is not willing to bow down and be submissive. The Hindi word ‘rangdaar’ comes to mind when trying to define his character. However, at the same time he presents an affable nature towards his wife and confidante Sana (played by Aakanksha Singh). Vineet is pretty impeccable in the series and holds the scenes together with his exceptional screen presence and acting chops.

Vijay Maurya as politician Lakhan Rai is in terrific form. He plays an expert politician in the series and will definitely remind you of a certain leader from Bihar known for his signature style of speech and mannerisms and the love for cows, buffaloes and fodder. Geetanjali Kulkarni, Rajesh Tailang and Prashant Narayanan lend credible support to the series and play pivotal roles to move the story forward and be the essential cogs in the story of Haroon Shah Ali Baig. Aakanksha Singh manages to match up to the more senior actors of the show with her act.

Sachin Pathak’s direction is to the point and crisp. He is able to keep the attention and intrigue in the show intact that too with the violent scenes shot in a way that they are palpable and not gory. Kudos for him in getting the dialect, accent and mannerisms of the people correct and not following the stereotypes set by Bollywood. Siddharth Mishra’s writing is lucid and clear, making the scenes and dialogues taut. Sneha Khanwalkar’s music is rustic and lends credibility to the story’s premise.

Rangbaaz- Darr Ki Rajneeti is a good enough watch if you like gangster dramas and are aware of Bihar’s murky politics.