Advertisement
HomeWEBCASTWebcast ReviewsNever Have I Ever Season 3 Review: Mindy Kaling and Maitreyi Ramakrishnan present a crisp series with romance and love as its focal point 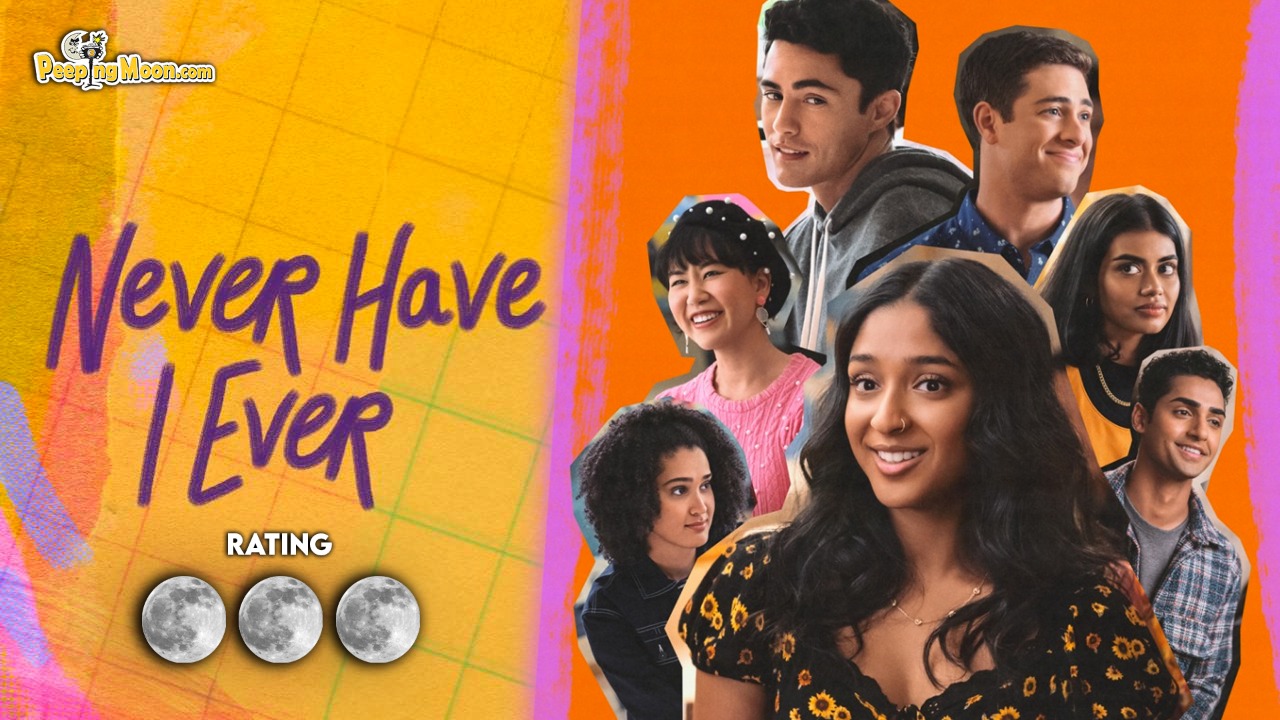 Show: Never Have I Ever Season 3

Mindy Kaling and Lang Fisher’s teen rom-com Never Have I Ever is back for season 3, and this time picks off right where the previous season left us. Never Have I Ever Season 3 sees Devi (Maitreyi Ramakrishnan) finally having her dreams come true of dating the hottest guy in the high school jock Paxton Hall-Yoshida (Darren Barnet). While the first two seasons were heavily focused on Devi navigating her teenage years and coming to terms with the death of her father, the third season is overtly devoted to romance. The culturally specific nuances that made the first two seasons such a hit takes a backseat in the third season and has been replaced with generic high school comedy and teenage romance.

RECOMMENDED READ: I Am Groot Review: Vin Diesel and Bradley Cooper’s miniseries present a hilarious take on the adventures of ‘tree of few words’

Devi has finally overcome the hurdle of dating two boys from the previous season and is now with Paxton, much to the chagrin of the other students who just can’t fathom what he sees in her. On the other hand, the other characters Aneesa Qureshi (Megan Suri) and Ben Gross (Jaren Lewison) are coupled up, and Fabiola Torres (Lee Rodriguez) and Eve Hjelm (Christina Kartchner) are still going steady, making the third season all about romantic relationships and love which becomes somewhat dizzying and lackluster.

One of the newer romances in the series is between Trent Harrison (Benjamin Norris) and Eleanor Wong (Ramona Young) and its interesting to see these stock characters getting their own story lines. However, with so much going on the makers fail to milk the storylines properly and subplots are let hanging in the middle with too less attention. Also, in the third season Eleanor and Fabiola despite having their own romances are hardly invested in them and Ben disappears for full episodes entirely, while tries hard to give relevancy to Paxton. Emotional and heartwarming scenes that had the potential to stand out are not given enough footage, case being Ben and Paxton bonding at the hospital. The sequence ends with them having a cordial relationship but with hardly any logical reason being given for it. There are several potential pivots that get missed this season.

Still, Never Have I Ever grows in other ways this season. The difficulty of finding and identifying your roots and the idea of being an Indian gets a good treatment in an interesting storyline with Devi’s cousin Kamala (Richa Moorjani) and her boyfriend Manish (Utkarsh Ambudkar). Kamala and Devi’s grandmother Nirmala (Ranjita Chakravarty) objects to their relationship because she realizes that Manish’s understanding of India is superficial and stereotypical. It also raises the question as to how much the diaspora kids really understand their culture and heritage. However, it does not hinge on South Indian tropes a lot in this season, which might irk many as that was the USP of the series.

Never Have I Ever also introduces a cool brown kid in the form of Des (Anirudh Pisharody) as a new love interest for Devi and just to throw her into a forced love triangle, after all what is a romance of there are no hurdles. The series also brings other Netflix shows to the fore with the Gen-Z giving references to Bridgerton, Squid Game, Love Island and others.

Maitreyi Ramakrishnan keeps Devi impetuous and unpredictable but her character undergoes growth with self-learning and self-introspection. Poorna Jagannath as Devi’s mother gets less screen time this in this season and that is pretty sad because her character was what made the previous two seasons stand out. Tennis legend John McEnroe returns as the show’s narrator and brings more hilarity to the series once again.There are some instances that seem like déjà vu but the writers and the cast don’t let the audience down. Never Have I Ever Season remains true to its premise and presents raw emotions tactfully. It remains hell-bent on what the protagonist is searching for in life and in this season she is addicted to love.

PeepingMoon.com gives Never Have I Ever Season 3, 3 Moons.