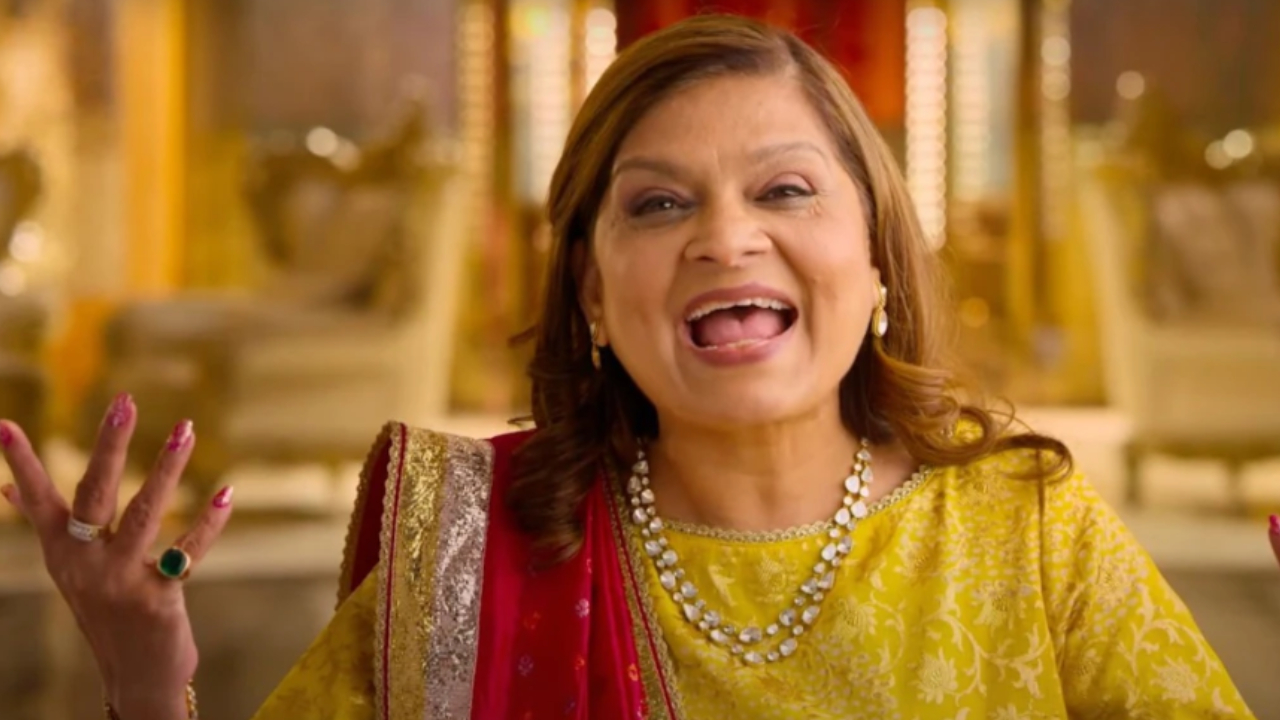 Netflix has dropped the second season of the much-awaited, yet controversial series Indian Matchmaking with matchmaker, Sima Taparia at the centre trying to get her clients married with suitable brides and grooms. Taparia, a matchmaker from Mumbai helps single people in India and the US find their perfect match. As expected, the netizens binge-watched the eight episodes of the second season but could not help but come up with hilarious memes and reactions on social media that called out the series for its regressive and narrow-minded attitude.

Indian Matchmaking Season 2 released on Netflix on August 10, and featured some old clients of Taparia, including Nadia and Shekhar as well as some new ones who have their own share of do’s and don’ts. Taparia, who was dissed last season as well for her regressive attitude, received backlash from netizens as well when she said that Priyanka Chopra Jonas and Nick Jonas’ pairing is not right and the latter looks petite in front of the actress. Since the second season dropped, people have been sharing memes and tweets about it. Check out some of them below:

#SimaTaparia #IndianMatchmaking goes to face reader and then says to her clients “just by seeing picture, you cannot judge anything” make up your mind pic.twitter.com/JmasMmRXis

RECOMMENDED READ: Never Have I Ever Season 3 Review: Mindy Kaling and Maitreyi Ramakrishnan present a crisp series with romance and love as its focal point

How did #simataparia get her qualifications? Because I'd genuinely like to offer my resume at this point #IndianMatchmaking

Le me who started watching Indian Matchmaking before leaving it midway..
#IndianMatchmaking pic.twitter.com/EGf9Mcbg13

Sima Taparia being back with her thoughts is something no one should take seriously.#SimaTaparia #IndianMatchmaking

Finally a horror movie to look forward to! #IndianMatchmaking pic.twitter.com/YMOs2QaFO4

Sima aunty on Indian Matchmaking be like “you want a man that respects your independence and that you’re attracted to…um, that’s too much and unrealistic” #IndianMatchmaking

I'm starting to think I can def do better than Seema aunty, because how is she not able to find the one Sardar a Sikh girl in Cleveland. I could go on Shaadi and find that for him, either we are missing some glaring issues or I need to start a business. #IndianMatchmaking

I hate Indian Matchmaking so much that I want to watch 5 seasons of it RIGHT NOW!

Can't hate/cringe-watch Indian Matchmaking, already do that with instagram stories.

Manager urging us to go for F2F Meetings! pic.twitter.com/Uee3XtrEkm

The awkward silences on season 2 of Indian Matchmaking... pic.twitter.com/2AYMRtiZ52

Sima from Mumbai is back with her matchmaking hungama. Aparna and Nadia still looking for love
Indian Matchmaking Season 2 is on @netflix and I am HERE for it! But Sima, the face reader is too much ‍ pic.twitter.com/EsK11xENhC

Indian Matchmaking Season 2 is catty, gossipy and drops one bomb after the another, yet it shows the regressive attitude of people as well as Sima Taparia in all their glory. It is streaming on Netflix.

Atithi Bhooto Bhava Review: Pratik Gandhi and Jackie Shroff are unable to save this unfunny film on familiar friendly-ghost premise