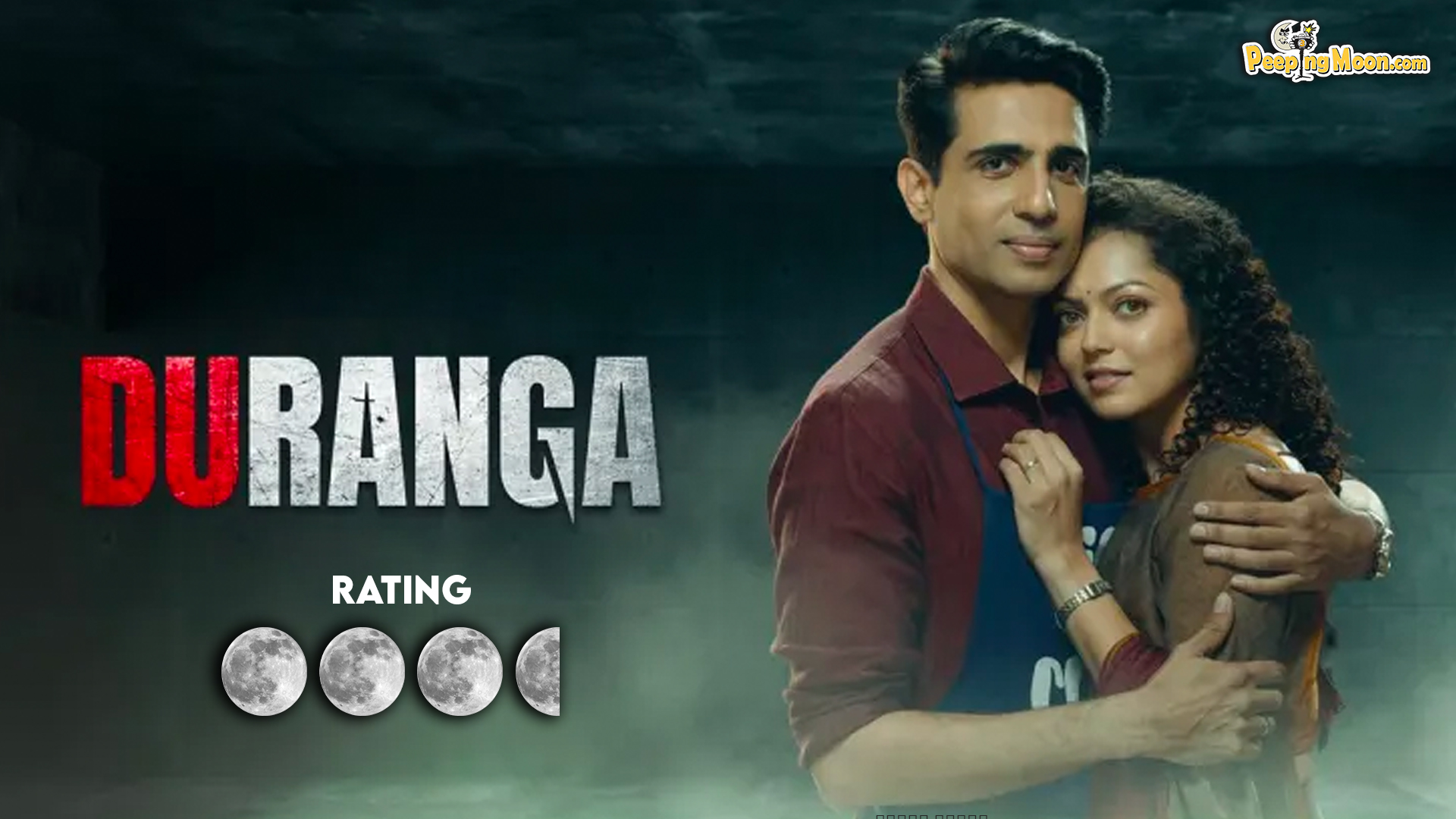 Zee5’s latest offering Duranga is a murder mystery with a unique love story at its crux. Starring Gulshan Devaiah, Dhrashti Dhami, Abhijeet Khandekar, Barkha Sengupta, Rajesh Khattar, Divya Seth, Zakir Hussain and others, the series directed by Pradeep Sarkar and Aijaz Khan is the official adaptation of Korean show Flower of Evil. Staying true to the meaning of the word ‘Duranga’ that means of two colours, the Zee5 show presents to us two diverse and contrasting sides of human nature as showcased by our two protagonists, Gulshan and Dhrashti.

Gulshan Devaiah plays Sammit Patel/Abhishek Bala Banne, a loving husband and a doting father but who has a sordid past thanks to his father Bala Banne (played by Zakir Hussain). Sammit is married to crime branch officer Ira (played by Dhrashti) who has a reputation of being a ‘sticky officer’, someone who does not let a case go. Together they have a young daughter who inadvertently brings out hidden truths from Sammit’s past of having a father accused of being a gruesome serial killer.

Duranga spins enough suspense through its screenplay, direction and acting to keep you hooked. Gulshan portrays the man putting on a show and wearing a mask impeccably. He manages to send a shiver down your spine with his unfeeling smile and serious countenance. On the other hand, Dhrashti also brings out dual tones in her characterization as she presents a ruthless cop as well as a loving and bubbly wife. Things go for a toss in their perfect life as Ira begins investigating a series of gory copycat murders by the suspected accomplice of psychopathic serial killer Bala, seventeen years after his suicide. The case leads Ira to shocking revelations about her husband’s past and threatens to destroy her seemingly perfect family.

The supporting cast of Abhijeet Khandekar, Barkha Sengupta, Rajesh Khattar, Divya Seth, Zakir Hussain reinforce the series with their acting chops and caliber. Zakir Hussain does a commendable job of portraying an evil psychopath while Abhijeet Khandekar and Divya Seth make an impact with their screen presence. Amit Sadh is a surprise package and we wouldn’t like to give away any spoilers as such.

Charudutt Acharya’s writing is fluid and lucid and keeps you hooked with each episode. Directors Pradeep Sarkar and Aijaz Khan do a commendable job with their direction. Subtle hints are dropped as well as flashback is used to pan out a troubled and gory past. However, they ensure that the audience’s attention does not waver and keep everyone hooked till the end. Duranga is an entertaining series and worth binge-watching that brings out the duality of human nature and to the lengths people go to keep their loved ones safe, happy and in the dark.