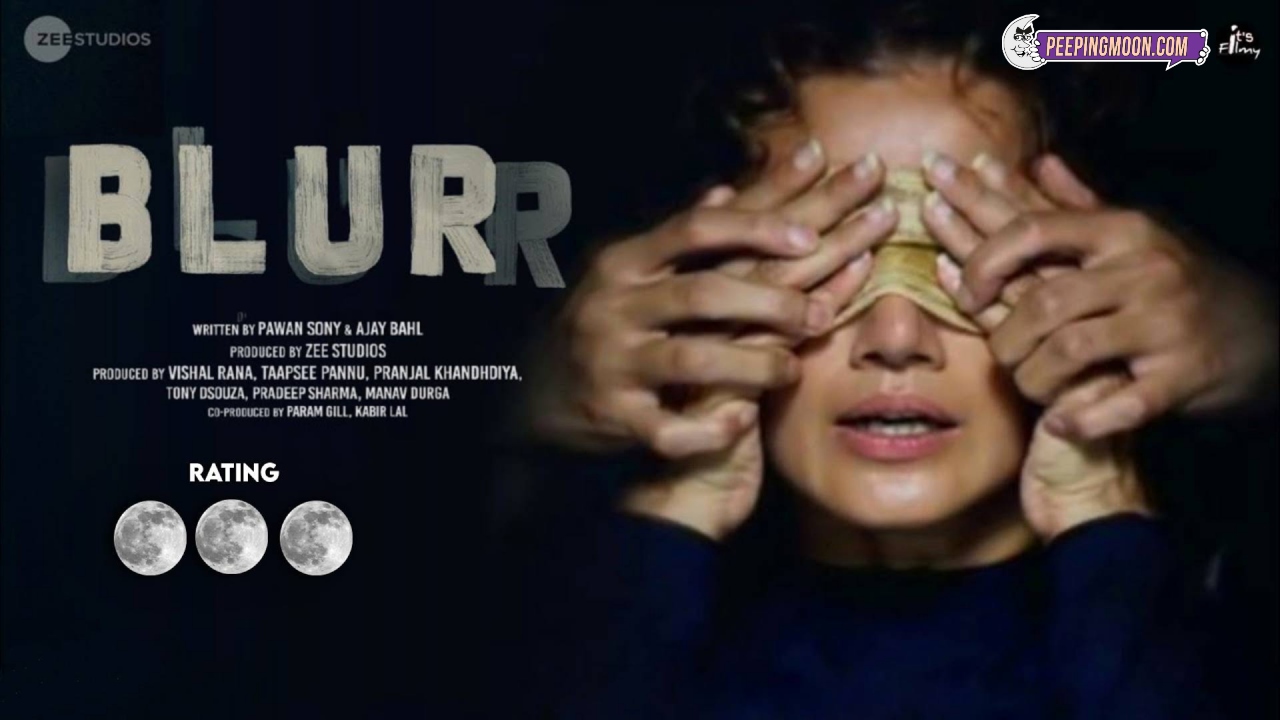 Taapsee Pannu has made her debut as a producer. The maiden film to come out of her production house named Outsiders Films is Ajay Bahl-directed Blurr. Headlined by Taapsee along with Gulshan Devaiah, Abhilash Thapliyal, Krutika Desai Khan, and others, the film released today on ZEE5. It is a remake of the 2010 Spanish horror and psychological thriller film, Julia's Eyes. While Blurr is no Julia's Eyes, it keeps you hooked with a constant sense of foreboding, some brilliantly executed jump scares, and an overall eerie atmosphere.

The plot of Blurr is bandaged around twins Gautami and Gayatri (Taapsee Pannu). They're born with a degenerative eye disorder. While Gautami lost her eyesight, the clock is now ticking for Gayatri who is gradually becoming blind. Amid this, a blind Gautami commits suicide. The other sister, devastated by the untimely demise of her twin, begins to solve the mystery of her death. But, she has limited time with her to do so.

Ajay Bahl works around Blurr with a clear and un-blurry vision. His aim, it seems, is to provide the right amount of thrills and chills. He does succeed fairly. Ajay has stayed true to the genre of the film and refuses to allow any unnecessary distractions to dampen the impact. With cinematographer Sudhir Chaudhary, he creates a spooky and eery atmosphere by centering Blurr around vintage pahadi villas and dark alleyways.

Blurr wins half the battle with the balanced atmospheric horror treatment. From the word go, you are sucked into the world of Gayatri and Gautami. It keeps getting better as the film progresses. Despite having a conventional plot, Blurr keeps you on the edge of your seat with a thrilling background score. It is undoubtedly a well-shot film.

The film scores brownie points for some brilliantly executed sequences, especially after Gayatri loses her eyesight. The sequence where she imagines her husband Neil (Gulshan Devaiah) with Gautami on the bed is hauntingly beautiful. While jump scares are an inevitable part of Blurr, it certainly doesn't go overboard in a bid to keep the heart racing. The team has used better tricks and measures to do so. But some loose ends cannot be neglected.

Despite creating a palette that sets the mood right for a cold, chilling, and spooky mystery, the script fails to keep the momentum going. There's a lot happening in Blurr. The writers, Ajay Bahl and Pawan Sony, are actively engaged in throwing too much information at the audience. Back-to-back killings, a convenient and predictable ending, and a story that begins feeling outdated are factors that keep Blurr away from becoming a masterpiece. Yes, it is distinctively different from most films of the same genre, but that's all because of the finesse shown by the technical departments.

Taapsee Pannu is back! After two underwhelming films, Shabaash Mithu and DoBaaraa, this year, the actress ends 2022 with a punch. She owns Gayatri and Gautami to the fullest and delivers a believable performance that will make you root for her. It is difficult and somewhat uneasy to keep the eyes shut for even a few moments but Taapsee does it effortlessly throughout the film.

Gulshan Devaiah is reliable as always. It is a delight to see him on the screen every time and as usual, he doesn't disappoint in Blurr. We would have loved to see more of him. The real revelation of Blurr is Abhilash Thapliyal. Watch out for his amazing and rock-solid act. Krutika Desai Khan does her job perfectly.

The technical department scores big in Blurr. Without support from an able cinematography team, sound team and editing department, the film would have collapsed instantly. Blurr gets better with their backing. 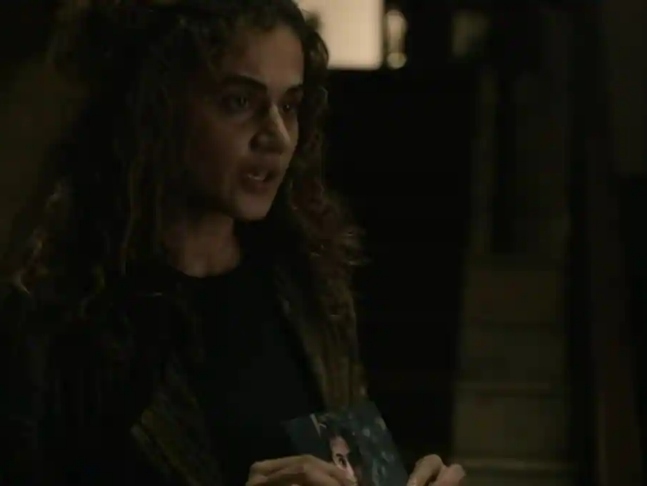 Blurr is no masterpiece but it definitely manages to keep you engaged for most of the runtime. Trust and allow the atmospherics to suck you into the vintage, cold and sinister world of crime, mystery and suspense.