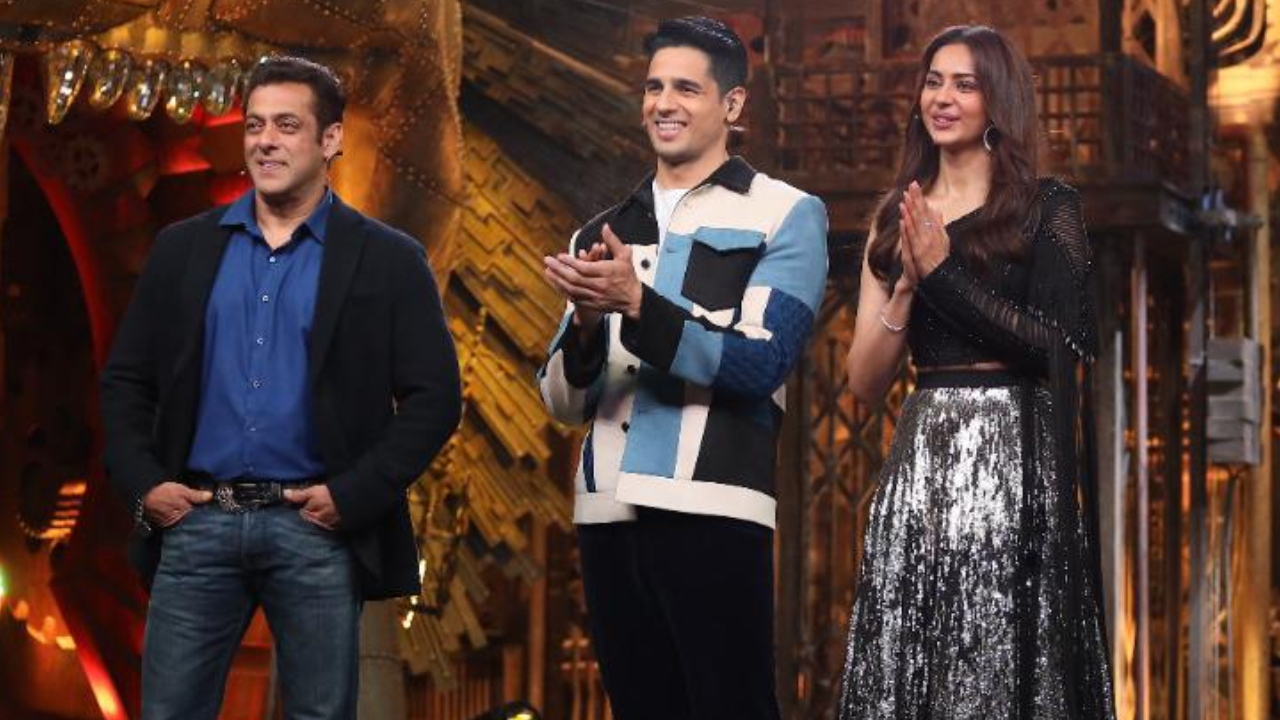 Dabangg host Salman Khan's Shanivaar Ka Vaar on COLORS’ Bigg Boss 16 tonight is packed with non-stop entertainment as the sword of elimination looms over the nominated contestants of the week. The well-established rivalry between housemates Nimrit Kaur Ahluwalia and Priyanka Chahar Choudhary is underlined to the hilt in a task assigned by host Salman Khan. A weighing scale is placed before the duo and the rest of the contestants are to vote by dropping weight in the favour of their preferred contestant while also specifying their reason. Who is the most liked among the two and how this revelation changes the dynamic of their rivalry remains to be seen.

Bringing a star-studded spin to the 'Vaar', guests Sidharth Malhotra and Rakul Preet Singh join host Salman Khan for the promotion of their upcoming film Thank God. Quite a few beans are spilt when Sidharth and Rakul play the 'Saam, Daam, Dand, Bhed' game. It goes to show how deceptive appearances can be in the coveted house that witnesses rapid changes in equations. However, the revelations are not just limited to the contestants; even the star guests and the megastar host Salman Khan reveal some interesting parts of their lives on the show.

After a few contestants and stars on the show let the cat out of the bag, the 'Vaar' introduces a new element titled 'black chair' which can be designated to the one housemate that is the least favourite of the Bigg Boss 16 house. Shalin Bhanot gets the black chair and host Salman Khan grills him to know the source of his inexplicable arrogance on the show. The host highlighted his contemptuous behaviour towards the doctor appointed to treat him for panic and headache. Salman cautions Shalin for breaking a cardinal rule of the house by refusing treatment and thereby indulging in self-harm of sorts. It will be interesting to watch how Shalin defends himself and whether his justification holds any water on the 'Vaar'.

Lastly, the episode unveils who is the first evicted contestant among Shalin Bhanot, Sreejita De, Gori Nagori, MC Stan and Tina Datta. This 'Vaar' is bittersweet with a note of farewell in the air post the eviction and the exhilaration of the competition getting fierce. Watch the episode to know who bid adieu to the show tonight.

Watch the game change like never before in Bigg Boss 16 Special Partner Ching’s Schezwan Chutney, Make-up Partner MyGlamm, Taste Partner Priya Gold Hunk every Monday to Friday at 10.00 PM and every Saturday - Sunday at 9.30 PM only on COLORS.