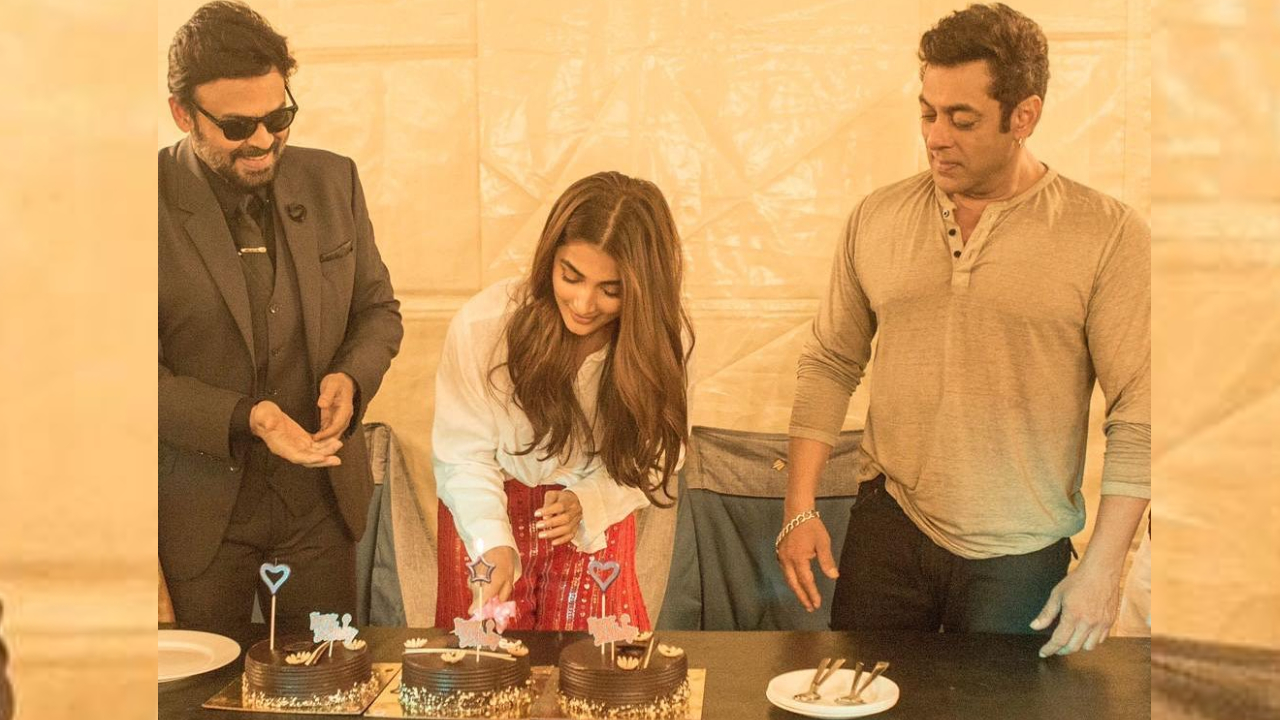 Recently Salman Khan Films has shared a video on social media while capturing moments in which Salman Khan and Daggubati Venkatesh and Jagapathi Babu were seen celebrating the birthday of Pooja Hegde. While everyone was seen singing the birthday song, it enclosed us with other cast of the film having a great time together. While we have now witnessed the amazing cast, it has raised the bar of excitement to watch them all together on the screen.

Kisi Ka Bhai Kisi Ki Jaan is an action-packed entertainer directed by Farhad Samji and features Salman Khan, Pooja Hegde, and Venkatesh in lead with a Vast Pan Indian Ensemble cast which will be announced soon.