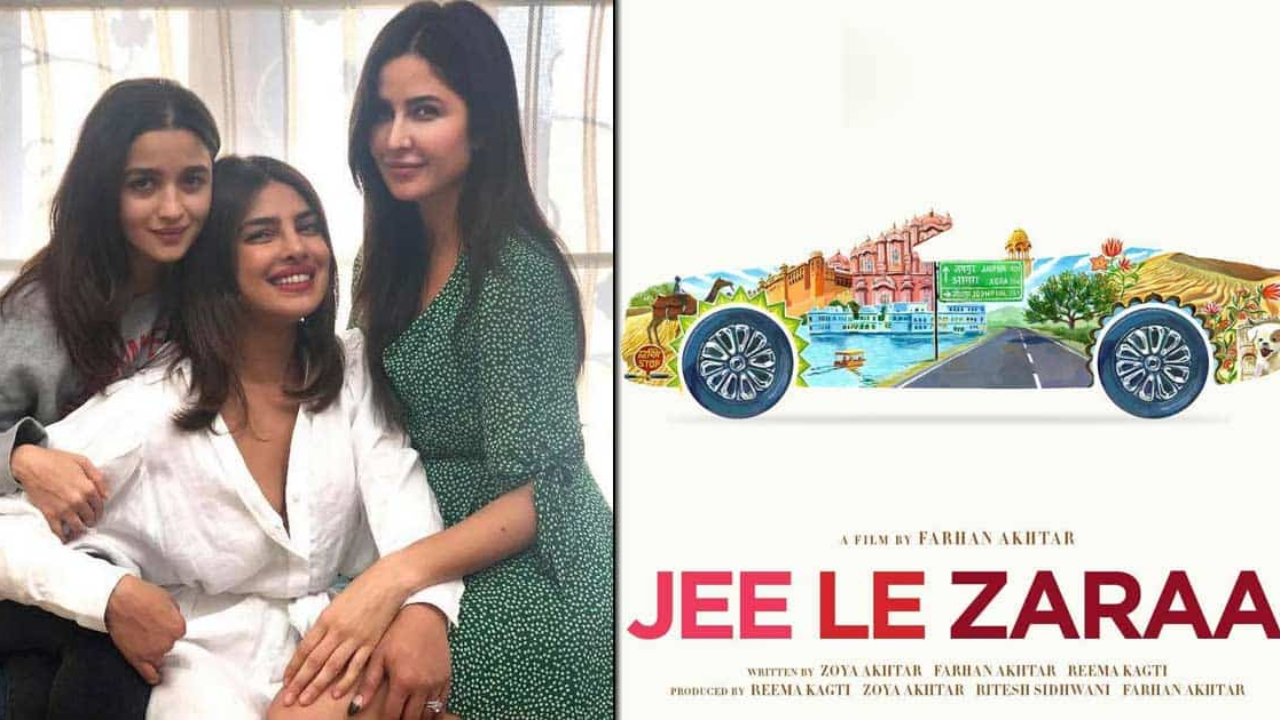 Katrina Kaif in a recent interview spoke about plans for her upcoming film Jee Le Zaraa co-starring Priyanka Chopra Jonas and Alia Bhatt. The actress said that she will make Alia and Priyanka use her own makeup products from her brand Kay Beauty while working on the sets of the Farhan Akhtar-directorial.

In her recent interview, Katrina spoke about her love for makeup and how it prompted her to start her own cosmetic brand, Kay Beauty. The brand has grown by leaps and bounds for its amazing array of products and has earned the actress a whole new fan base. Talking about making Priyanka and Alia try her cosmetic brand, Katrina said, “Jee Le Zaraa is something, which is a super exciting film. And on that film, I am going to be taking this whole range of makeup (from her beauty line) to the girls (Alia Bhatt and Priyanka Chopra) and be like ‘Girls, now you have to use this’… We are all looking forward to it. I mean that film has had its journey, but I think, when finally it does happen, it is going to be a lot of fun.”

A post shared by Kay Beauty By Katrina (@kaybykatrina)

She further spoke about her love for makeup and revealed that she has done her own makeup in several of her films. She said, “Makeup for me has always been a passion of mine. Some girls are obsessed with handbags, some people are obsessed with cars, some people are obsessed with clothes, for me it has always been makeup. I have done a lot of my makeup in my films throughout my career. (In) some of my songs and movies, I have done the makeup on my own; it is only later now that I have started using some of the wonderful makeup artists that I work with…”

Jee Le Zaraa is a road trip film directed by Farhan and Zoya Akhtar as the producer and writer. The film was announced in 2021 and is supposed to go on floors soon. Meanwhile on the work front, Katrina is looking forward to the release of Phone Bhoot co-starring Ishaan Khatter and Siddhant Chaturvedi. The film is scheduled to release on November 4. She will also be seen in Merry Christmas opposite Vijay Sethupathi which is slated for a December release. The film is directed by Sriram Raghavan.