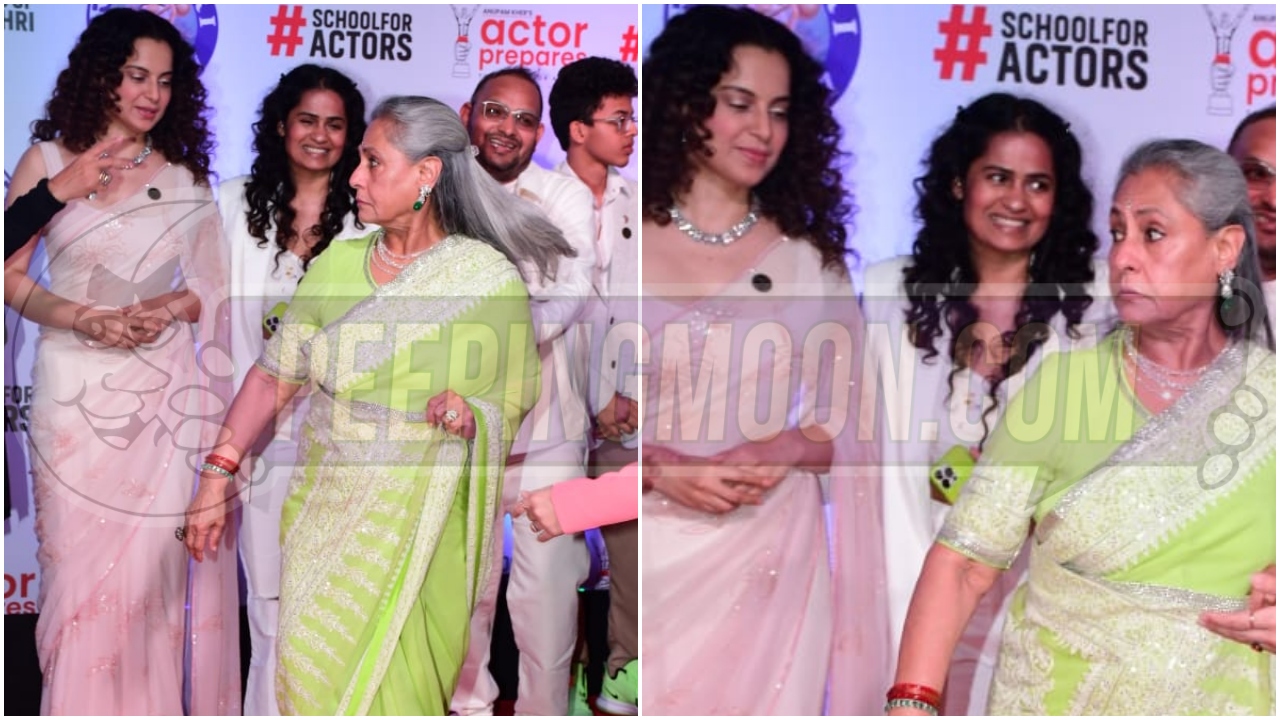 Anupam Kher hosted a star-studded screening of his upcoming film Uunchai in Mumbai on Wednesday evening. The event was also organised to celebrate 75 years of Sooraj Barjatya's production house, Rajshri Productions. The star cast of Uunchai welcomed Bollywood stars on the red carpet. Amitabh Bachchan, who plays the lead role with Anupam and Boman Irani, couldn't make it to the screening. Instead, his wife Jaya Bachchan and son Abhishek Bachchan were present to cheer for the film.

At the screening of Uunchai, it looked like Jaya wasn't happy seeing Kangana Ranaut, who was there to support Anupam. In a new viral video, it can be seen Kangana, standing on the red carpet, flashed a smile on seeing Jaya and seemingly said, "Hello, Jaya ji," as the veteran actress came close to her while greeting Anupam. However, Jaya didn't reply. After greeting Bhagyashree and Boman with a hug, Anupam seemingly requested Jaya to meet Kangana. Ignoring his plea, the actress went on to pose with him for the shutterbugs.

Recommended Read: Navya Naveli Nanda reacts to Jaya Bachchan’s comment on having ‘child without marriage’ being criticised, says 'People may agree or disagree'

Take a look at the video here:

While Jaya clearly ignored Kangana, Abhishek gave a courteous hug and chatted with her too.

Kangana, who is known for her explosive statements on social media, had attacked Jaya verbally after she took an indirect dig at her for slamming Bollywood after Sushant Singh Rajput's demise. The veteran actress had told, "People who have made their name in the industry are calling it a gutter. Jis thali mein khate hai usme chhed karte hai. Galat baat hai…” In response to this, Kangana said, "Which plate are you referring to Jaya ji? A thaali (plate) was given, in which a two-minute role, item numbers and a romantic scene were offered and that too only after sleeping with hero. I taught feminism to the film industry, decorated the ‘thaali’ with patriotic films. This is my own plate Jaya ji, it is not yours."