Vicky Kaushal has three films scheduled to release next year, in addition to the Shashank Khatan-directed Govinda Naam Mera, which premieres on Disney+ Hotstar on December 16. With two movies completed and another one in production, Vicky is now setting up his lineup for the year 2024. The Sardar Udham actor is next said to be doing Aanand L. Rai’s next love story and Aditya Dhar’s The Immortal Ashwatthama, which was earlier put on the backburner due to financial constraints. And now, we hear he has initiated talks for one more film, expected to be made on a huge scale.

Peepingmoon.com has exclusively learned that Vicky Kaushal is discussing a warrior film with Dinesh Vijan’s Maddock Films. The yet-untitled film is said to be a larger-than-life biopic of a historical figure. "Laxman Utekar is next making a big-scale warrior film, and Vicky Kaushal is his first choice. They have discussed the project, and talks have been positive so far. Vicky has liked the material and gave his verbal nod, but he will sign the film only after the full narration. The film is still in the writing process, so it may take a few more months for that to happen. However, based on the preliminary discussions, Vicky is more or less aboard this exciting period drama," an industry source told us. 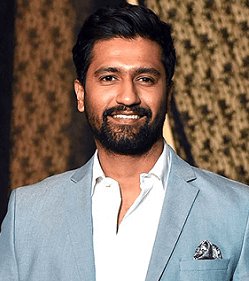 The warrior film will mark Vicky’s second collaboration with Laxman Utekar and Dinesh Vijan after their yet-to-release romantic comedy about a married couple opting for the PM Awas Yojana to get a house of their own. Sara Ali Khan is paired opposite Vicky in this yet-untitled film, set to release in the first quarter of next year. "Laxman is bored with doing small-town stories like Luka Chuppi and Mimi. He wants to make mainstream commercial films now, and this warrior film with Vicky Kaushal is his first attempt towards that. It’s kind of a passion project for him, and he wants to mount it on a much bigger scale than any Maddock Films project to date. Laxman and Vicky had a great bond while shooting their first film and are excited to collaborate again on a story they are both equally passionate about," the source further added.

The shooting timelines for this Dinesh Vijan film will be locked once Vicky is officially on board. However, sources close to the development say the makers are eying to take it to the floor sometime in mid-2023. Vicky is currently shooting for Meghna Gulzar’s biographical war drama, Sam Bahadur, and is expected to follow that with Aanand L. Rai’s film. Aditya Dhar’s The Immortal Ashwatthama might get off the ground only after the Laxman Utekar film. These movies aside, Vicky also has Yash Raj Films’ The Great Indian Family with Manushi Chillar up for a 2023 release.