British supermodel Kate Moss’s career suffered a major blow in 2005 when luxury fashion houses Chanel and Burberry decided to drop her from their advertising and modeling sphere. This was due to a police inquiry into Moss’s alleged use of cocaine.

This time, the controversy around Chanel is with French DJ Michel Gaubert for his racist comments about a social media post where he was sported wearing ‘Asian Face’ and yelling, “Wuhan girls, wahoo!” The president of Chanel SAS, Bruno Pavlovsky sent out a statement, talking about how apologetic the DJ is and “He’s a long-term partner of the house, and you don’t abandon a partner because of an incident.” Fashion critic Diet Prada was quick to point out that Chanel's definition of what is 'problematic' might just be problematic in itself.

When digging deeper into Chanel’s history reveals that this is not the first time Chanel has been accused of racist tendencies. Its dark anti-semitic and Nazi connection during the World War 2 is a publicly known fact. Thus, the extreme reaction and action (or lack thereof) taken towards these two isolated incidents ring misogynistic and of white male preferential treatment. Kate Moss has been the face of Chanel perfume Mademoiselle since the 90s, which made her a long-term partner of the house too. But the luxury brand had chosen to drop her quickly. 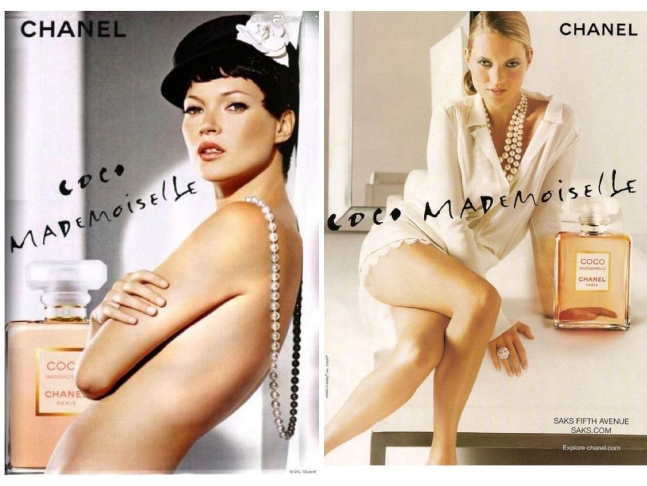 The supermodel had been a part of some of the biggest names in the fashion industry including Burberry, H&M, makeup brand Rimmel. Fans also pointed out the ‘model shape’ encouraged by fashion brands oftentimes includes extremely thin frames which are next to impossible to achieve with a healthy diet and exercise regime, thus, unfortunately, pushing models into drug abuse in order to maintain the shape.

The lack of strict action and reaction towards a racist comment in 2021 while dropping a model for drug abuse in 2005 did not settle well with fans of the brand.

Chanel is yet to comment on these two varying reactions.

We didn't want to be in front of it: Mary-Kate and Ashley Olsen open u

Victoria’s Secret ditches its 'Angels' for 'The VS Collective'; Priy

Ditching designer wear, Yami Gautam opts for mother's saree for wedding with Aditya Dhar; does her own makeup