Advertisement
HomePHOTOSPAPARAZZIDrishyam 2: Ajay Devgn, Tabu, Shriya Saran put their best foot forward as they launch the film’s trailer at an event in Goa

Drishyam 2: Ajay Devgn, Tabu, Shriya Saran put their best foot forward as they launch the film’s trailer at an event in Goa 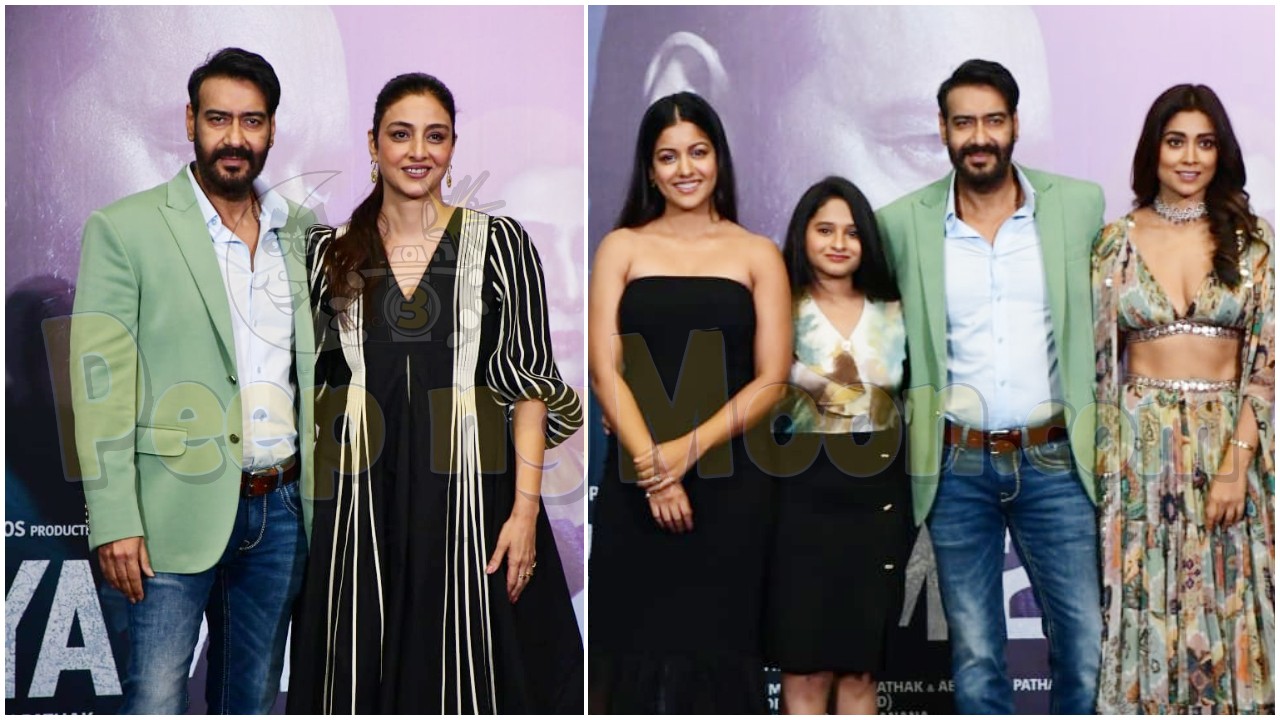 The trailer of much-awaited Drishyam 2 was launched today at an event in Goa. The film’s star cast including Ajay Devgn, Tabu, Shriya Saran, Ishita Dutta, Mrunal Jadhav and Rajat Kapoor were present at the launch.

Drishyam 2 is the sequel to the 2015 hit Drishyam which was the official remake of Mohanlal’s Malayalam blockbuster of the same name. The film is directed by Abhishek Pathak who took over the reins from Nishikant Kamat who passed away in 2020.

The film also stars Akshaye Khanna in a pivotal role. However, he was not present at the trailer launch today.

The trailer launch was also attended by Shivaleeka Oberoi.

Drishyam 2 is produced by Kumar Mangat Pathak and Abhishek Pathak under their banner Panorama Movies in association with Gulshan Kumar and Krishan Kumar’s T-Series. Viacom 18 Studios presents the film whose music and score is by Rockstar DSP (Devi Sri Prasad).